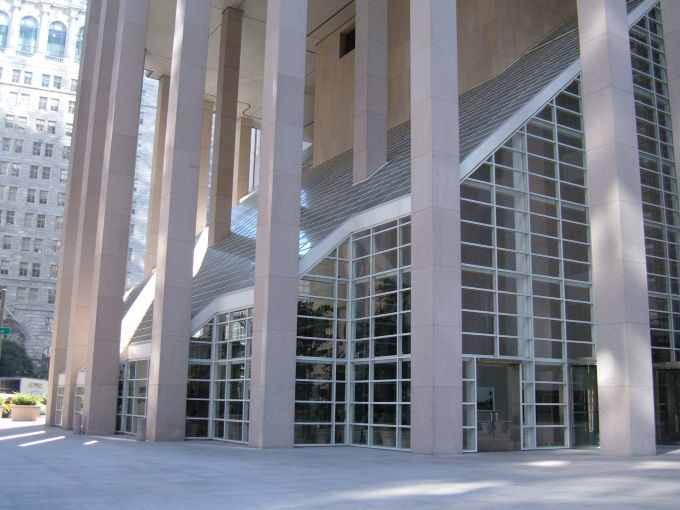 The owners of a major office tower in San Francisco’s Financial District have scored a humongous $755 million CMBS debt package from Goldman Sachs and J.P. Morgan Chase, according to rating agency documents.

The transaction refinances $496.4 million in previous debt on the building, 101 California Street, a 48-story tower near where the Market Street thoroughfare terminates at the San Francisco Bay waterfront. Owned by Hines Interests and Singaporean sovereign wealth fund GIC, the skyscraper also has an equity investment from the government of an Asian country that has kept its ownership anonymous.

The previous financing on the tower was a $505 million balance-sheet loan from MetLife and New York Life, making the building a notable example of a win for CMBS executions at a time when securitized commercial lending has seen its well run slightly dry. Non-agency U.S. CMBS volume fell 12.3 percent year-over-year in 2018, finishing the year at $76.98 billion, down from $87.81 billion in 2017, according to data from Commercial Mortgage Alert.

As part of the deal, Hines and its partners will be able to cash out $221 million of equity with the refinancing—a reflection of how sharply San Francisco commercial property values have risen.

The debt is split into $527 million in A notes and $228 million in subordinate debt. A forthcoming single-asset CMBS deal from Goldman Sachs and J.P. Morgan will securitize $515 million of debt that combines money from the senior and junior sections of the capital stack. The $240 million remainder is likely to be included in future CMBS deals, KBRA said.

The deal’s covenants allow the borrowers to take out up to $130 million in subordinated mezzanine debt in the future, although there’s no signs they have plans to do that yet. A spokesman for Hines didn’t immediately respond to an inquiry.

The Hines ownership group will pay 4.18 percent interest on the ten-year debt, which comes with interest-only amortization over the full life of the deal. The building’s most recent appraisal puts its value at $1.47 billion, implying a loan-to-value ratio of just over 50 percent.

The biggest tenants pay between $40 and $50 per square foot per year in rent, according to KBRA—levels between a quarter and a third below current market rates in a city that’s seen explosive rent growth driven by the technology industry. In 2017, the most recent year with data, the building earned $79.4 million in rent against expenses of $28.8 million.

Representatives from J.P. Morgan and Goldman Sachs did not immediately respond to inquiries.