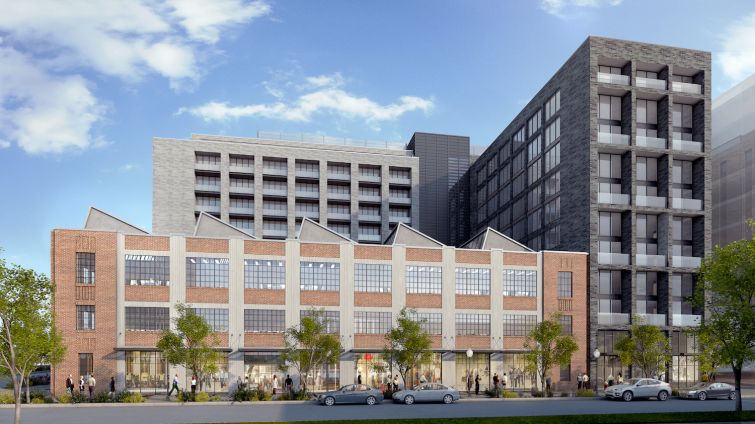 Hickok Cole has signed a 13-year, 25,000-square-foot office lease at the old National Capital Press building, a historic property in Washington, D.C.’s Union Market neighborhood, according to the company.

The design firm inked a 13-year deal for the top two floors of the three-story building, located at 301 N Street NE. The rent for the building, which will house ground floor retail, was not disclosed.

The building’s owner, Foulger Pratt, is in the midst of transforming the building and adjacent property at 300 M Street into a multi-building mixed-use project.

“We’ve been looking for five to six years, and have had our eye on Union Market for quite some time and the building in particular was something that caught our eye a number of years ago,” Yolanda Cole, Hickok Cole’s co-owner and senior principal, told Commercial Observer. “It’s a beautifully old building and it’s essentially ours, which is very fun.”

The 32-year-old company will be moving next March from its current location at 1023 31st Street NW in Georgetown.

“Our lease was coming up and we’ve been in our current space for not quite 20 years, and we really needed to move because we are about 100 people now and spread out over four floors,” Cole said. “This made it harder to do our work because we are a collaborative firm and we have many different market sectors working together in many different ways.”

Originally built in 1931, the industrial building sits on the corner of Third and N streets and was home to National Capital Press. Foulger Pratt is working to preserve its historic character by maintaining and restoring the original façade, while adapting the interior.

Not surprisingly, the firm will design its interior space itself, bringing in original mushroom columns, a flexible open-office concept for increased connectivity among sectors, and five saw-tooth monitor skylights. It will also seek LEED Gold certification.

The property is situated two blocks from the NoMa Metro station and is close to Union Market.

“Union Market is super cool. We really love the energy and the innovative retail concepts they have over there,” Cole said. “There’s a lot of buzz, a lot of people and interesting places to eat. There is a lot of residential coming and it’s an emerging neighborhood that we feel fits the culture of our firm.”