Calif. Unemployment Rate Steadied at 16.3 Percent in May; LA at 20.6 Percent 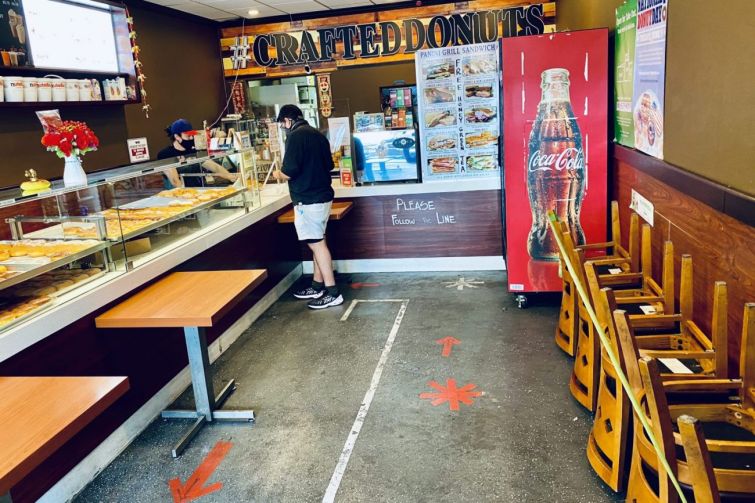 The California Employment Development Department announced that employers hired 141,600 people statewide, bringing the jobless rate to 16.3 percent. There were more than three million unemployed Californians in May — nearly 300 percent higher than in February of this year, when just 759,300 people were unemployed. Governor Gavin Newsom shut down the economy and ordered all residents to stay at home three months ago on March 19 to curb the spreading coronavirus.

The state revised its April unemployment numbers to account for a total of 2.42 million job losses that month, and a 16.4 percent unemployment rate — a record high, and the biggest month-over-month job loss in California’s history of the data. For comparison, the previous record month-over-month loss was 132,800 jobs between December 2008 and January 2009, when the unemployment rate hit 12.3 percent at the height of the Great Recession.

June could show improvement, though minimally, as counties like Los Angeles open more sectors of the economy in phases, including on Friday, when bars, spas, nail salons and more were allowed to restart business with restrictions. However, a wave of bankruptcies and store closures have sobered hopes for a quick recovery. Commercial Observer reported in the past week that San Ramon, Calif.-based 24 Hour Fitness filed for bankruptcy and will close 130 locations. Pier 1, which started in San Mateo, Calif., is also going out of business due to the virus.

Other major national companies like Starbucks announced mass store closures, and retailers like J. Crew, JCPenney, and Neiman Marcus filed for bankruptcy and will close several locations as well.

L.A. County had a 20.6 percent unemployment rate in May with 970,100 people out of work, the state said Friday. Earlier this month, Controller Ron Galperin released a study that found more than 300,000 Angelenos alone lost their jobs just in the city of L.A. since shelter-in-place orders were enacted.