Gov. Newsom announced that barbershops and hair salons can begin to open, and film production directives are expected last this week 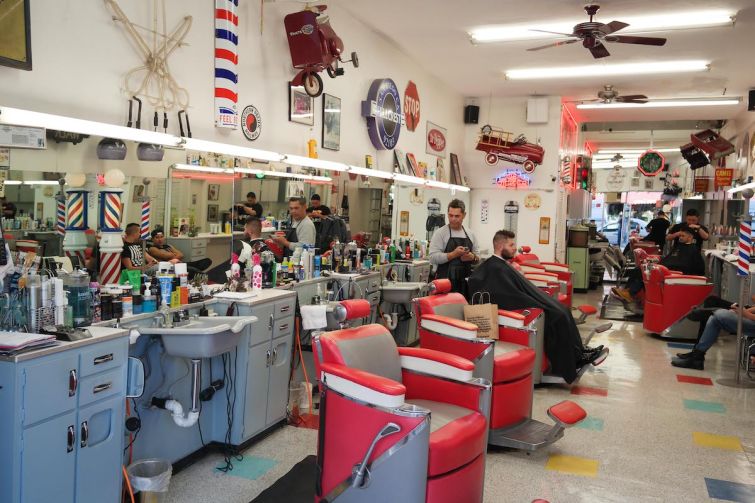 Governor Gavin Newsom announced that all retail can open statewide, and services like barbershops and hair salons can start to open in counties that have self-attested and met the state's safety benchmarks. photo: Wikimedia Commons

The state of California has entered the third stage on its road to reopening the economy, and crossed more checkpoints as officials further relax shelter-in-place orders.

Governor Gavin Newsom announced that all retail can open statewide, and services like barbershops and hair salons can start the process of opening in the 47 counties that have “self-attested” to meeting the state’s benchmarks. Newsom said those counties can allow operations “with meaningful modifications,” such as appropriate protective gear like face coverings and sanitation requirements.

The guidelines allowing in-store shopping were previously in effect in many counties, but now are available statewide, subject to approval by public health departments. Operations are no longer limited to curbside pickup, including in Los Angeles, and consumers can now go to retail establishments with physical modifications.

Newsom said the state is flattening the curve, but “we still have a long way of going” to get to immunity and a vaccine for coronavirus. California has nearly 100,000 confirmed cases, and more than 3,700 deaths related to the virus.

In order to advance with the state’s timeline to the third stage, counties must notify officials and submit an attestation that they meet the readiness criteria, including the county’s ability to mitigate an outbreak. Benchmarks include hospitalization rates over a seven-day period, positivity rate, testing capacity, contact tracing, and ability to cohort people who tested positive.

Statewide, over the last 14 days, California has seen a 6.7 percent decline in hospitalizations. Newsom said testing “has really taken off,” reaching more than 60,000 tests per day throughout the state.

Each business also must certify with their county to reopen. Newsom said it’s incumbent on everyone to continue to practice social distancing and wear appropriate face covers.

“We’re not even out of the first wave of this pandemic,” he said Tuesday. “People are talking about the second wave — that’s many, many months off. The reality is this pandemic has just begun. It hasn’t ended.”

The governor said more directives will be announced over the next fews days and weeks, including guidelines on Wednesday for summer camps, child care facilities, and schools. He added that guidelines to restart film and television production will come later this week.

Places like tattoo parlors, gyms, bars, and movie theaters are still closed throughout the state. Newsom said the state is working with the legislature on nail salons, personal care businesses, and personal services, but it is “still a work in progress,” as the issues deal with more specificity, nuance, and details to satisfy fundamental health guidance.

Concerts, large festivals, conventions, and fans in sports stadiums will come with the fourth stage.

“We are not there yet,” Newsom said.