Pier 1 Imports Going Out of Business Due to COVID-19

The bankrupt home-decor retailer had been seeking a buyer, but those plans were upended because of the coronavirus pandemic. 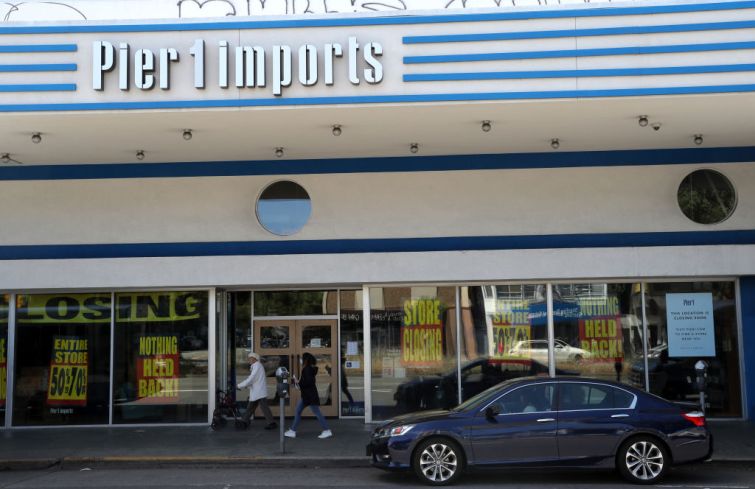 Pier 1 Imports plans to go out of business and shutter all of its 540 stores. Photo: Justin Sullivan/Getty Images

Home-decor retailer Pier 1 Imports plans to go out of business and permanently shutter its nearly 540 stores, the company announced today.

The Texas-based retailer has been seeking a buyer after declaring bankruptcy in February. Those plans were upended by the coronavirus pandemic and crushed its hopes of survival.

“This decision follows months of working to identify a buyer who would continue to operate our business going forward,” Robert Riesbeck, Pier 1’s CEO and CFO, said in a statement. “Unfortunately, the challenging retail environment has been significantly compounded by the profound impact of COVID-19, hindering our ability to secure such a buyer and requiring us to wind down.”

Pier 1 filed a motion today in bankruptcy court for approvals of a “wind-down” of its operations as soon as its stores are able to reopen. It plans to sell its inventory along with its remaining assets, including its intellectual property and e-commerce business, the company said.

As part of the plans, Pier 1 secured $40 million in financing from its lenders for the liquidation process.

The retailer has struggled in recent years — part of what’s been dubbed a retail apocalypse — with declining sales and competition from online retailers. It filed for bankruptcy in February and closed down 450 locations, including its five New York City outposts, CNN reported.

While retailers were battling to survive before, the coronavirus pandemic has made it much worse.

Emergency measures to slow the spread of the disease forced retailers to temporarily close their stores in March and sales fell a record 16.4 percent between April and March.

J.Crew, Neiman Marcus and JCPenney are among the storied chains who have already filed for bankruptcy and several others are reportedly close to doing the same.