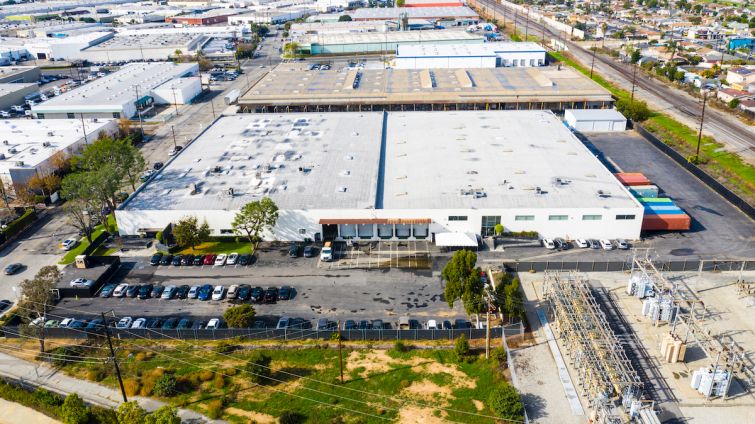 The manufacturing property sits on a 5.1-acre lot in the city of Commerce, about seven miles east of Downtown L.A. photo: CBRE

Rexford Industrial Realty, one of the premier warehouse and logistics landlords in Southern California, purchased another large manufacturing property in Los Angeles County.

Despite tempered activity due to the shelter-in-place orders, the 120,000-square-foot industrial building traded for $21 million. Property records show it was owned by a family trust that belongs to William and Terri Stampley for the past 13 years.

CBRE announced the deal, and represented the seller in the transaction. Rexford was self-represented.

The divisible manufacturing property sits on a 5.1-acre lot at 6687 Flotilla Street in the city of Commerce, about seven miles east of Downtown L.A. The building is currently occupied by Color Image Apparel, Inc., an L.A.-based apparel manufacturing company.

L.A. County is one of the most expensive markets in the country with some of the tightest vacancy rates. But the spreading coronavirus and corresponding shutdowns caused many pending deals to be delayed, and the L.A. market saw the highest net square footage loss since 2008.

Brentwood-based Rexford owns hundreds of properties in the region, and was collecting more last fall. In October, Rexford agreed to pay $76 million for three industrial properties with more than 500,000 square feet of space in Southern California. The deals included the Slauson Commerce Center in the city of Commerce, which traded for $41.3 million and was owned by industrial powerhouse Prologis.

A month prior, Rexford committed $176.5 million to acquire six other properties throughout Southern California.

Jeff Stephens, Jack Mergenthaler and Evan Crawford of CBRE represented the seller of the property on Flotilla Street.