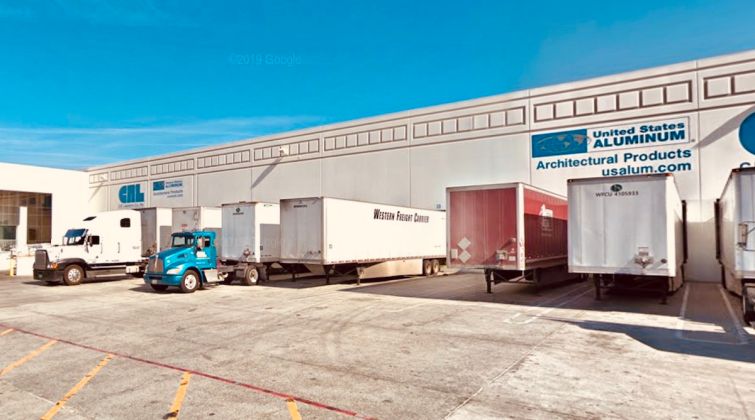 As news of coronavirus spread and the economy hit the breaks, investors became increasingly more worried since the start of 2020, and many pending deals were halted. photo: Google Maps

Southern California’s industrial sector has hit the pause button after the first quarter while players reassess and react to the changing landscape of a suspended economy.

Los Angeles County’s industrial market — one of the most expensive in the nation — saw 2.2 million square feet of negative net absorption, which is the highest total square footage loss since 2008, according to first-quarter reports from JLL. As news of coronavirus spread and the economy hit the breaks, investors became increasingly more worried since the start of 2020, and many pending deals were halted.

Many smaller tenants throughout L.A. have closed their doors. The San Fernando Valley area, which is home to many owner-user and smaller tenants, has been hit particularly hard, with 734,000 square feet of space vacated over the last quarter, according to the report.

L.A. was one of the first markets to see negative effects due to its size and proximity to the ports of Los Angeles and Long Beach. As the virus spread and shuttered manufacturing in China, sizable volume declines at the ports showed the early signs of the slowdown.

The U.S. depends on China for about 30 percent of all the materials and goods for development, according to Dodge Data & Analytics. The existing tensions between the two countries over trade first started to weigh on tenants before the shutdowns due to the virus. According to JLL’s report, reduced container flow from China led to more than 2.1 million square feet of negative absorption across the market in the first quarter.

Last week, the Port of L.A. reported first-quarter volumes dropped 18.5 percent compared to last year. The crisis hit particularly hard in March, which saw cargo drop about 31 percent compared to 2019. It was the lowest amount of monthly cargo since 2009.

“We’ve had two serious shocks to our supply chain system. First the trade war between the U.S. and China and now the COVID-19 pandemic,” said Gene Seroka, executive director of the Port of L.A., in a statement. “Amidst this public health crisis, there will be uncertain months ahead in the global supply chain.”

In a video message, Seroka said retailers are postponing, canceling or otherwise pushing back orders “until we see some certainty in the U.S. economy.”

Average asking rent for industrial space in L.A. still climbed to an all-time high at $0.93 per square foot. Vacancy is at 2.7 percent, and there’s currently 3.6 million square feet of space under construction.

The Inland Empire had the most active industrial development pipeline across the U.S. in the first quarter with 20.5 million square feet of space under construction. But most speculative projects have been put on pause since the outbreak.

JLL expects to see fundamentals soften over the next two quarters, but the firm also reported that there will be select industries that thrive and drive demand for warehouse space in the Inland Empire as much of the U.S. shelters in place.

Demands on e-commerce, grocers and logistics are accelerating rapidly. To deal with unprecedented online orders, companies may all need additional warehouse space in the near term with increasing demand. Some firms like Amazon have announced nationwide hiring sprees in response.

The Inland Empire saw 7.9 million square feet of positive net absorption due to third-party logistics users and mass merchandisers continuing to expand. However, leasing volume declined 49.2 percent year over year as volumes at the ports decreased. Inland Empire also saw consecutive quarters of negative net absorption in the 10,000 to 50,000 square feet range, which has the potential to accelerate over the near term, according to JLL.