The insurance startup, which just raised $100M, is departing from the Flatiron District 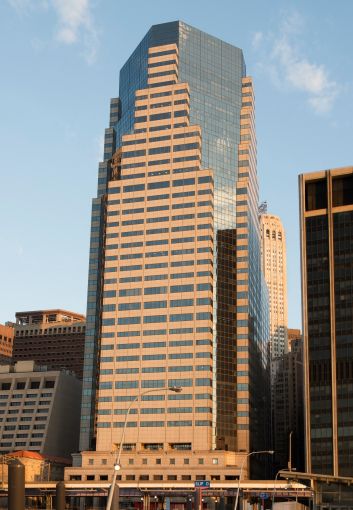 Policygenius, which helps its customers obtain, vet and purchase policies from life, auto and other insurance providers, is moving from 50 West 23rd Street. The firm occupies about 31,000 square feet on the building’s ninth floor. Its move date is in flux amid the coronavirus pandemic, but it’s targeting a move in the first quarter of 2021.

“Downtown has been a really hot environment for startups and tech companies,” said Kevin Fusick, vice president of finance at Policygenius. “When we looked at the commute, it’s definitely helpful to our employees and I think there’s a huge commuter hub downtown. And RXR is a stellar landlord, so that was a big pull as well.”

The move comes after Policygenius raised a $100 million Series D round, led by KKR, in January. It said it planned to use the funds for hiring and for broader consumer financial protection products launching this year.

Its new digs at the 1.2-million-square-foot 32 Old Slip, between Front and South Streets, offers views of the East River. It’ll be joining tenants that include insurance brokerage Alliant and law firm Cahill Gordon & Reindel, helping to bring occupancy to 98 percent.

Policygenius was represented by Michael Mathias and Brad Wolk from Savills. RXR was represented in-house by Dan Birney and Alexandra Budd, as well as by a CBRE agency team of Bob Alexander, Ryan Alexander, Gerry Miovski, Michael Affronti and Zachary Price.

Policygenius, which was founded in 2014 by two former McKinsey & Company consultants, has also previously housed its offices at 22 West 19th Street and at 240 Kent Avenue in Williamsburg. Last year, it announced it would open a second headquarters in Durham, North Carolina.