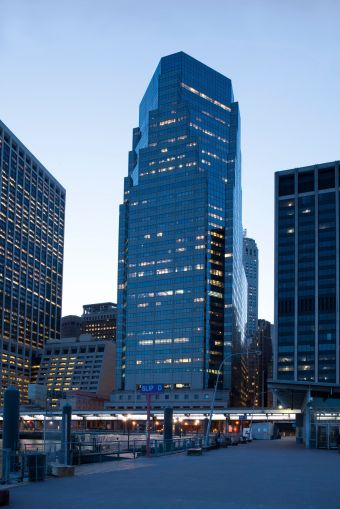 Alliant has nailed down part of the 28th and the entire 29th floor, or 55,938 square feet, via a 10-year lease at the building between Front and South Streets, per RXR Realty, the landlord. The asking rent was $65 per square foot. Alliant acquired insurance agency Crystal & Company, which occupied floors 17 and 18 in a lease set to expire in September 2019. The former Crystal & Company employees will relocate to the 29th floor in the second quarter of 2019. Alliant signed its lease on Oct. 15 for space that is currently vacant.

CBRE’s Sacha Zarba and Chris Corrinet represented Alliant in the deal and CBRE’s Robert Alexander, Ryan Alexander, Michael Affronti, Zachary Price and Gerry Miovski worked on behalf of the owner along with William Elder and Dan Birney in house from RXR. A CBRE spokeswoman said the brokers declined to comment.

Meanwhile, Decoded leased 15,518, on part of the seventh floor for a 10-year term. The company will relocate from 40 Exchange Place at William Street, according to an RXR spokeswoman. The asking rent was $57 per square foot.

Newmark Knight Frank’s Scott Brown and Richard Johns represented Decoded in the deal while the same CBRE team that worked on the Alliant deal brokered the deal for RXR along with Birney. A NKF spokesman didn’t immediately provide a comment, and the CBRE spokeswoman said the brokers declined to comment.

News of the leases comes less than a week after CO reported that law firm Cahill Gordon & Reindel signed a lease for more than 200,000 square feet at the 36-story, 1.2-million-square-foot building. Tenants at 32 Old Slip include Daiwa Securities Group and Tradition Financial Services.