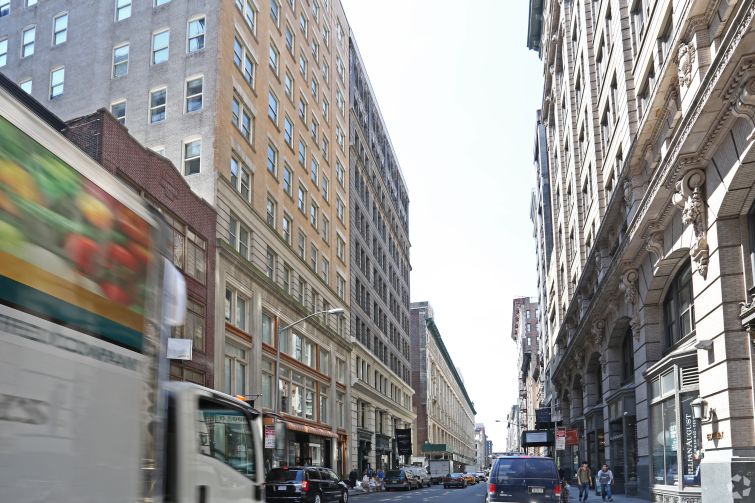 PolicyGenius, a startup for buying insurance, has inked a deal on the on the eighth floor of the 11-story structure at 22 West 19th Street in a move across the East River from Brooklyn.

The two-year-old company will be in 10,258 square feet at the Kaufman Organization-owned building between Avenue of the Americas and Fifth Avenue, according to the landlord.

PolicyGenius will move into the new office this June, according to a Kaufman Organization spokeswoman. Its lease is for five years.

The company advises consumers on buying policies for life insurance, disability insurance and pet insurance. It closed a Series B fundraising round this January that brought in $15 million, according to startup venture capital tracker CrunchBase. Founded by two former employees of management consultancy McKinsey & Company, PolicyGenius is currently based in the Williamsburg section of Brooklyn at 240 Kent Avenue between Grand and North 1st Streets, according to The New York Post, which first reported news of the deal.

“PolicyGenius is the type of tenant Kaufman envisioned at its newly renovated properties,” Steven Kaufman, the president of Kaufman Organization, said in prepared remarks. “The company is taking an industry that has remained unchanged and is modernizing it to appeal to a wider demographic of people.”