The Independent Restaurant Coalition — formed by restaurateurs around the country including Tom Colicchio — wrote a letter to Congress asking for changes in the coronavirus relief package to better help restaurants. 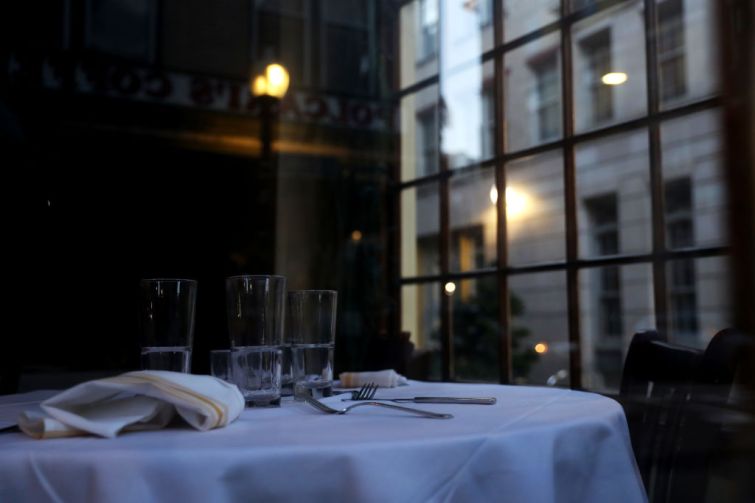 Coronavirus measures has forced restaurants around the country to shutter and a group started by famed owners said the federal stimulus package needs to changes to help eateries survive. Photo: Maddie Meyer/Getty Images

The federal stimulus package passed to stimulate the economy decimated by the coronavirus pandemic — which includes billions allocated to small businesses — is “insufficient to restaurants needs” and has to be changed to help eateries survive, chef Tom Colicchio said.

The Independent Restaurant Coalition (IRC) — an advocacy group of more than 3,500 chefs and restaurateurs which Colicchio is a founding member of — wrote a letter to Congress today detailing several fixes to the Coronavirus Aid, Relief and Economic Security (CARES) Act to better help restaurants. The proposed changes include increasing the amount of loan money and repayment time for small businesses along with creating new tax rebates so spots can continue to employ its full staff when allowed to reopen.

“We’re not looking for a bailout, we’re looking to get back to work,” Colicchio, owner of Crafted Hospitality whose holdings include New York’s Riverpark and Temple Court, said during a conference call to reporters. “We understand that first we need to beat this disease before we can get opened up. We just want to make sure that we all have a business to return to.”

The $2 trillion CARES Act was passed on March 25 to help people and businesses hurt by the effects of the coronavirus pandemic. One of the biggest lifelines to the restaurant industry is the $349 billion allocated to the Small Business Administration (SBA) to give loans up to $10 million per business.

The loan, dubbed the Paycheck Protection Program, becomes a forgivable loan for companies until June 30 that maintain about 75 percent of its staff members otherwise businesses will be forced to pay it back within two years.

However, the IRC said there’s a real danger of the money running out quickly and it needs to be extended for three months so restaurants have the cash to reopen.

“We don’t know when we’re going to open and when we’re open we’re certain to be less busy,” said Naomi Pomeroy, a founding member of IRC and the owner of Beast in Portland, Ore. “We’ll end up having to lay off those workers again. At this point, it’s not super useful for us.”

The group has asked the government to extend loan repayment to up to 10 years, create a job provider tax rebate for restaurants, require insurance companies to cover business interruptions from COVID-19 and create a $50 to $100 billion restaurant stabilization fund to help businesses reopen. It also asked that put back the $500 million gross revenue cap to qualify for the loans so large chains can’t take advantage of the program.

Emergency measures by local governments around the country have forced restaurants to shutter or switch to take-out or delivery only models to encourage social distancing and stop the spread of COVID-19.

Restaurants had a 47 percent drop in sales from March 1 to March 22, according to a survey of more than 4,000 owners by the National Restaurant Association. Of the ones that took part in the study, three percent permanently shuttered while another 11 percent expected to do the same. Forty-four percent temporarily shutters and 54 percent switched to off-premises service only, the survey found.

The measures have forced restaurant owners to lay off thousands of workers across the country. Of the 701,000 payroll jobs lost in March, nearly two-thirds occurred in the hospitality industry, according to the Bureau of Labor Statistics. The report only covers until March 12 and likely did not include much of the record 6.6 million workers who filed for unemployment benefits in the week ending on March 28.

In the past two weeks, more than 170 restaurant and hotel entities in New York City filed layoff notices with the state that will impact at least 14,000 workers. A survey of 1,870 restaurants in the city by the nonprofit New York City Hospitality Alliance found owners expect to lay off or furlough more than 67,650 employees.

Members of the IRC expressed concerns that the CARES Act would not provide ample support for restaurants to reopen and survive and expected lack of business for the rest of the year unless the changes are made.