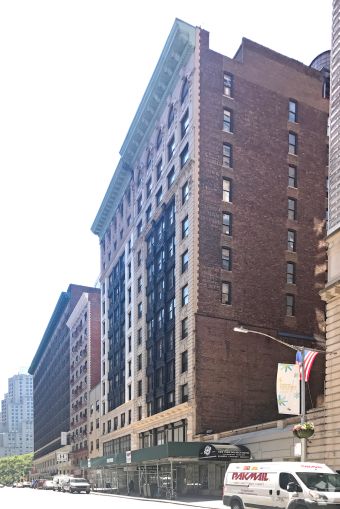 Barking Owl Sound, a sound design company that has worked on commercials for Reebok and Macy’s, will open its first East Coast office in Midtown South, Commercial Observer has learned.

Barking Owl signed an 11-year lease for 5,530 square feet on the entire seventh floor of Savanna’s 24-28 West 25th Street between Broadway and Avenue of the Americas, a source with knowledge of the deal said. Asking rent in the 12-story building was $74 per square foot.

The company was founded in Los Angeles in 2009 and creates original music, mixes and sound design for commercials, according to its website. It plans to move into its new Midtown South digs — its second office in the country — in the summer, the source said.

Daniel Lolai and Michael Hymowitz of LSL Advisors represented Barking Owl in the deal while Cushman & Wakefield’s Theodora Livadiotis and Anthony LoPresti handled it for the landlord. Lolai declined to comment and the C&W brokers did not immediately respond to a request for comment through a spokesman.

“We’re pleased to welcome Barking Owl Sound as our first new tenant at 24-28 West 25th Street after acquiring the property last year,” Linhadley Eljach, a leasing associate at Savanna, said in a statement. “We have now completed our repositioning campaign and look forward to continued leasing success.”