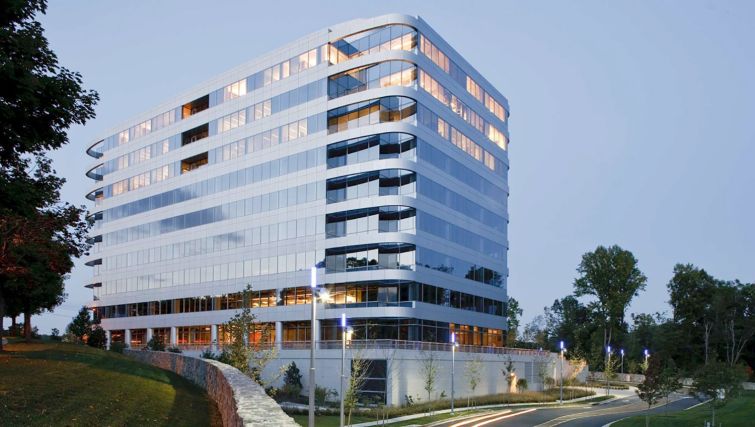 The law firm, which specializes in corporate, business, construction and litigation law, moved into the Class A building last month, leaving its nearby space at 15245 Shady Grove Road in Rockville. It also has its headquarters in New York City.

“Samek has been a firm around for about 10 to 15 years and they brought on five new partners from various other larger firms to form this new Samek, Werther & Mills firm, so they needed to expand their space in the area,” Adam Schindler, Colliers International’s executive vice president, who represented the firm in the lease, told CO.

The firm’s wishlist for new space included a classy, high-end building with amenities in a good location.

“They also wanted a restaurant in the building to serve their clients and this building has the Stanford Grill,” Schindler said. “They wanted to up their image, and 2000 Tower Oaks certainly allowed them to do that.”

Originally constructed in 2007, the property is ideally situated along the 270 Corridor, less than 12 miles from Washington, D.C., it’s considered one of the area’s “greenest” office buildings and was the first LEED Platinum office building in the Mid-Atlantic Region.

The building includes a fitness center, a covered parking garage and dining options that include a deli.

“This building was revolutionary and one-of-a-kind when built, but because of the cost associated with construction and certification, made it challenging for the marketplace,” Schindler said. “When it was first built, it was asking mid- to upper-$40s per square foot, in a market that commands low $30s at this point in time.”

Because the building has sat vacant for a number of years, Colliers was able to negotiate an economically favorable deal for the second floor at what Schindler called “market terms for the remainder of the market that wasn’t that building.”

The other tenant in the building is NIKA, an architectural and engineering firm, which occupies 23,000 square feet of space on the sixth floor.