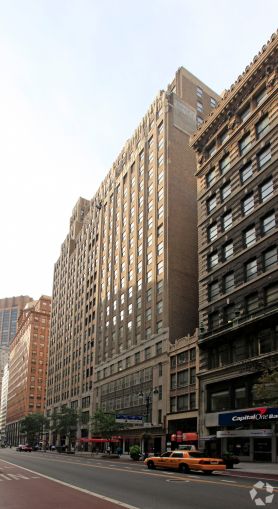 Public relations agency WE Communications will consolidate its two Manhattan offices to 19,355 square feet in NoMad, Commercial Observer has learned.

The firm signed a 10-year lease for the entire ninth floor of 16 East 34th Street between Avenue of the Americas and Fifth Avenue, a source with knowledge of the deal said. Asking rents in the 22-story building are in the mid-$60s per square foot, according to the source.

WE currently has its offices at 110 Leroy Street in the West Village and space at 145 West 30th Street for its WE Codeword division, which formed in 2019 when WE bought marketing agency Codeword. The company plans to move to its new digs in the fourth quarter of this year, the source said.

JLL’s Sam Seiler and Kyle Riker represented WE while Rory Murphy, Chase Gordon and Lauren Davidson of Transwestern brokered the deal for the landlord, Wohio Holding. The JLL brokers and a spokesman for Transwestern declined to comment.

Other tenants in the 372,048 square foot property include WeWork and lingerie manufacturers Adore Me and Van Dale Industries.