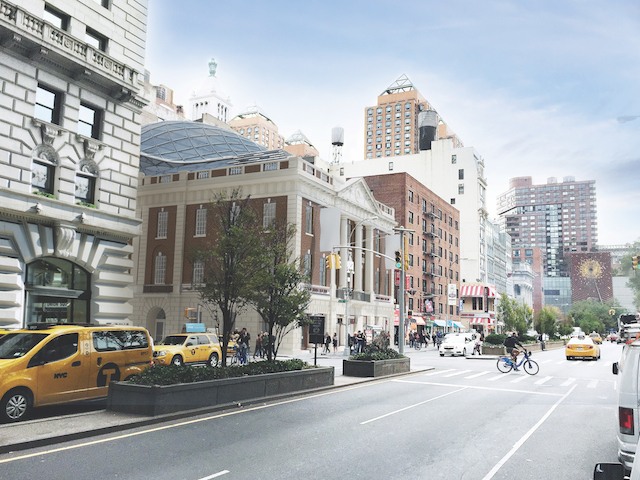 Slack, the cloud-based software company, has apparently ditched the deal that was “on the five yard line” to lease the entire office space at 44 Union Square, sources familiar with the deal told Commercial Observer.

The 70,318-square-foot building at the corner of East 17th Street in Union Square is owned by Reading International, a Los Angeles-based theater operator.

Slack’s about-face on the lease might have something to do with the speculation that the digital behemoth will be acquired. Last month, the tech website The Information reported its prediction that Slack will be acquired later this year, with Amazon, Google, Cisco and Salesforce named as potential buyers.

“Revenue growth at Slack is slowing and competition is intensifying, especially from Microsoft,” wrote The Information’s Kevin McLaughlin. “The tech giant is relying on a familiar tactic—bundling a Slack killer with a widely used existing product, its Office 365 suite of apps. Given that competitive pressure, I predict 2020 will be the year that—after years of acquisition speculation—a larger tech company will finally buy Slack.”

Not having a long-term real estate commitment on Slack’s books would make sense in light of this possibility.

Slack filed to go public last April and was valued at a whopping $23 billion when it started trading in June, according to VentureBeat.

The firm was expected to take all of the office space at 44 Union Square, which adds up to some 43,106 square feet, as CO reported. The asking rent in the deal was $125 per square foot. The property also has another 27,212 square feet of retail space.

There is no word on if there are any other potential tenants lined up to take the space at 44 Union Square. The building once served as home to Tammany Hall, the infamous New York political machine, and more recently served as a theater before getting a makeover by BKSK Architects and CNY Group, as CO reported.

Newmark Knight Frank’s Jeffrey Roseman, Justin DiMare, David Falk and Jonathan Franzel are marketing the building on behalf of the landlord and declined to comment. Brian Given at Colliers International, who was representing Slack with Sheena Gohil, did not return CO’s inquiries, nor did a spokeswoman for Slack.