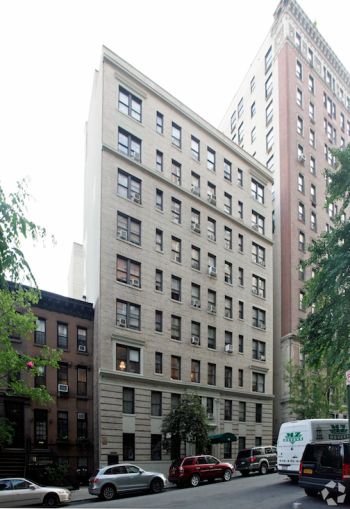 Crest Realties sold a building on the Upper East Side undergoing an apartment-to-condo conversion for nearly $18 million less than its asking price, which brokers on the deal blamed on the recently passed rent reforms. The property has boomeranged back to the family of its original owners.

The Montreal-based company sold the 38-unit 118 East 93rd Street — which has a mix of market-rate and rent-regulated properties — to Anthony Gazivoda’s  Gazivoda Realty for $27.3 million, or about $710,500 per unit, according to Cushman & Wakefield, which brokered the deal for Crest. The firm put the property up for sale in April 2019 for $45 million.

News of the sale was first reported by PincusCo.

Crest bought the 45,000-square-foot building between Park and Lexington Avenues for $39 million in 2016 from Gazivoda’s uncle, Lazar Gazivoda, with plans to turn it into a luxury condominium building, The Real Deal reported. Nine of the property’s 17 free-market units have already been gut renovated.

Gazivoda dropped the condo conversion plans for the property and plans to hold onto it for the long term, said Amit Doshi of Meridian Capital Group, who represented the buyer.

“For him, this was buying a family building back,” Doshi said. “This was like a 30 percent discounted price and the property was completely renovated by the present ownership. It now made sense to hold on to it for the long term.”

C&W’s Robert Shapiro said the $45 million asking price originally left plenty of room for a buyer to profit from continuing the condo conversion, but the Tenant Protection Act passed in June 2019 blew that out of the water by making the process much harder.

“Ownership made substantial upgrades throughout the building in the hopes of converting the property into a luxury condominium, but changes in the law virtually eliminated the ability of ownership to file for conversion,” Shapiro said in a statement. “The new regulations, along with the changes to the treatment of rent-regulated units, further negatively impacted the value.”

Previously, a landlord could convert a building from rental to a condominium if they sold 15 percent of the units to tenants who plan to use it as their primary residence. The new law raised the amount to 51 percent. Investment sales experts previously told Commercial Observer that many property owners had the value of their buildings drop by 30 to 50 percent.

Shapiro, Brett Weisblum and Ian Brooks of C&W brokered the sale for Crest while Meridian’s Doshi and Jonathan Shainberg represented the buyer.