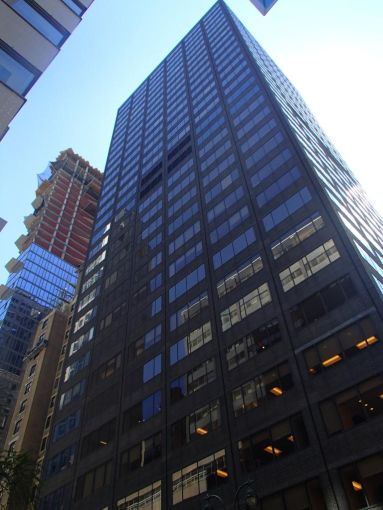 BentallGreenOak has closed on its acquisition of 685 Third Avenue, a Midtown East office property and the last remaining asset in Unizo Holdings’ Manhattan portfolio, sources confirmed to Commercial Observer.

The 31-story office property traded for around $450 million and Heitman provided $200 million of floating-rate leasehold financing in the deal, sources said. The debt works out at around 65 percent loan-to-cost for the leasehold component.

As part of the deal, Safehold — a publicly traded REIT — also created a $180 million ground lease on the building.

The Real Deal first reported that Unizo was in the process of selling 685 Third Avenue to BentallGreenOak for more than $450 million. Commercial Mortgage Alert first reported news of the financing last month.

The 639,000-square-foot asset — between 43rd and 44th Streets — sits one block from Grand Central Terminal. Unizo Holdings purchased the property in 2017 from Nuveen Real Estate, paying $467.5 million in cash, according to Real Estate Weekly.

The sale of 685 Third Avenue is the final transaction in Unizo’s divestment of its $1 billion Manhattan office portfolio in the midst of an ongoing takeover saga. In November, Unizo was weighing six buyout offers, including a $1.6 billion bid from Blackstone, after fending off a hostile takeover bid from Japanese travel agent H.I.S. Co. in July. But on Dec. 22, Lone Star emerged as a white knight bidder after making a friendly buyout offer that topped Blackstone’s.

As first reported by CO, Unizo sold 40 West 25th Street to Kaufman Organization and AXA Financial a few days earlier, with the buyers locking down $76 million in financing from Metlife. The CBRE team arranged the financing in that instance, too.

Previous dispositions include 24-28 West 25th Street, sold to Savanna for $110 million in April; 370 Lexington Avenue to Broad Street Development for $190 million and 440 Ninth Avenue to Taconic Investment Partners and Nuveen Real Estate for $269 million, both in September 2018; and 321 West 44th Street to Related Companies for $153 million in October 2018.

Officials at Heitman and BentallGreenOak didn’t immediately respond to a request for comment.