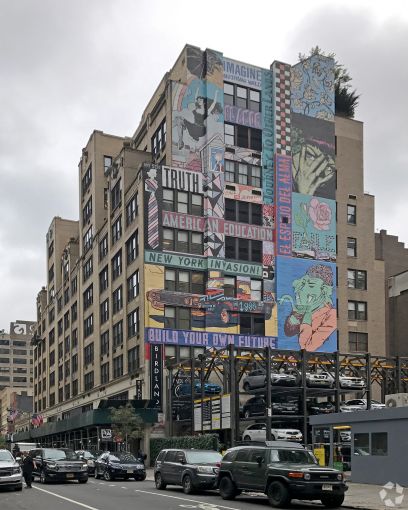 The Related Companies has pinned down $102.6 million in financing from the Canadian Imperial Bank of Commerce to support its purchase of a Theater District office building, according to property records.

The mortgage covers two-thirds of Related’s $152.5 million acquisition of the 10-story, 246,000-square-foot building, 321 West 44th Street, from Unizo Real Estate, a Japanese company based in Tokyo. Unizo is selling the property at a slight loss, having paid East End Capital Partners $165 million for it in 2015.

In October, Crain’s New York Business reported that Related was vying to buy the property against East End, which was interested in buying back its former asset. Related completed the acquisition through its Related Fund Management division.

“The area is seeing great momentum, and we will be further investing in the building to capitalize on what is sure to be an ideal location for smaller tenants,” Joanna Rose, an executive vice president at Related, said in an email.

The building, on the north side of the block between Eighth and Ninth Avenues, hosts the current iteration of Birdland Jazz Club, an important jazz venue since its founding in 1949, in a street-level ballroom. Next door, another ground floor retail space in the 90-year-old building is home to Gyu-Kaku, a Japanese barbecue restaurant.

Tenants upstairs, largely rooted in the theater world, include AKA Group, a British ad agency for arts and entertainment clients; the Stage Directors and Choreographers Foundation; and Broadway Dance Center, a studio for aspiring performers. The building, with an alternate address of 315 West 44th Street, was home to Observer Media, Commercial Observer’s parent company, until its move three years ago to 1 Whitehall Street in the financial district.

The deal is part of a significant withdrawal from New York City office buildings for Unizo, which this month also closed on a $269 million sale of a nearby tower, 440 Ninth Avenue, to Taconic Investment Partners and TH Real Estate.

Representatives for the Canadian Imperial Bank of Commerce did not immediately respond to inquiries.