Tishman Speyer Rolls Out Coworking Concept in LA and Boston 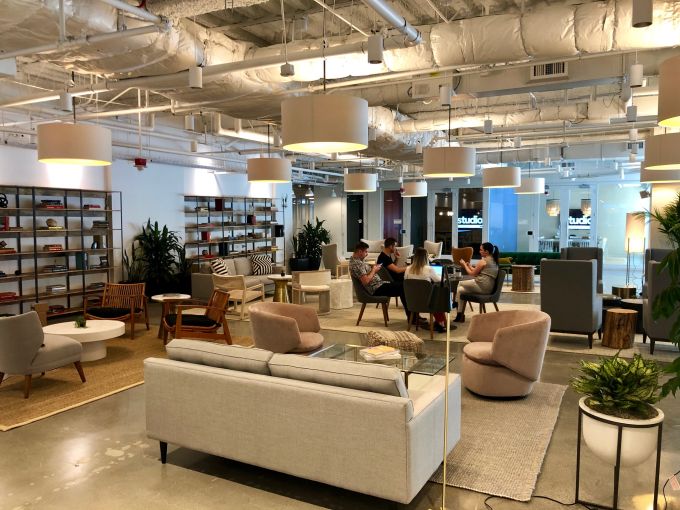 The lounge of Studio in Beverly Hills. Photo: Tishman Speyer

Tishman Speyer is expanding its coworking concept Studio, starting with the addition of two new locations in Los Angeles and Boston, the company announced yesterday. The move puts the power commercial landlord in direct competition with established coworking companies and flexible office providers including WeWork, Knotel and Industrious.

The commercial giant, which has 165 million square feet of property across 401 buildings, opened its 36,000-square-foot L.A. branch at 407 Maple Plaza in Beverly Hills and Boston location at 125 High Street earlier this month.

“Tishman Speyer is working to expand into every market that they are present in to provide this amenity to existing tenants, as well as attract new ones,” Thais Galli, managing director and head of Studio, told Commercial Observer.

“L.A., and more specifically Beverly Hills, has typically been a market with smaller tenants looking for high quality products that we believe can benefit from Studio, and we felt was previously underserved. Boston is another major market for coworking, with the growth of enterprise companies using it and the growing presence of entrepreneurs in the city.”

Plans are underway for additional Studio locations later this year in both the U.S. and abroad, with more to follow in 2020. Specifically, Tishman Speyer will be opening a Studio at 900 19th Street in D.C., at The Franklin property at 222 West Adams Street and 227 West Monroe Street in Chicago, with further expansions in New York City planned for its existing and inaugural Studio at Rockefeller Center and at CitySpire at 150 West 56th Street, Commercial Observer has learned. Internationally, Tishman will roll out a Studio location at AQWA Corporate in Rio de Janeiro, Brazil and locations in Frankfort and London.