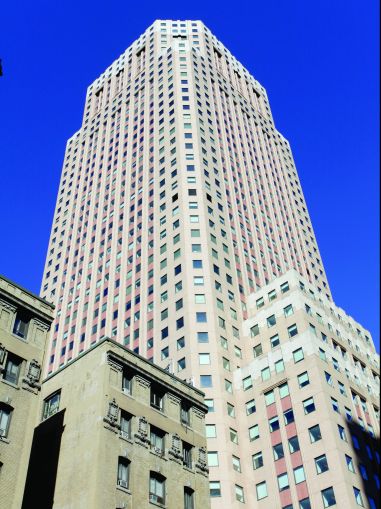 The Chicago-based company signed a 10-year lease for 41,715 square feet on the entire 17th floor of the 50-story tower at 825 Eighth Avenue between West 49th and West 50th Streets, according to SL Green Realty Corp., which owns the property with New York REIT and RXR Realty.

“We’re pleased to welcome West Monroe Partners to Worldwide Plaza, an architectural gem with premier amenities,” Steven Durels, SL Green’s director of leasing, said in a statement “Tenants enjoy convenient access to public transportation and some of the best nearby retail, dining and entertainment New York City has to offer.”

Asking rent in the deal was $80 per square foot, according to the New York Post, which first reported the deal. West Monroe plans to leave its 10,000-square-foot offices at 1700 Broadway for Worldwide Plaza in March 2020, as per the Post.

The mixed-use Worldwide Plaza has 2.1 million rentable square feet with about 1.8 million square feet of office space. In 2017, RXR and SL Green bought a 48.7 percent stake in the tower from New York REIT with an agreed-upon property value of $1.7 billion, as Commercial Observer previously reported.

Law firm Cravath Swain & Moore is the largest tenant in Worldwide Plaza — with a 617,000-square-foot space — but inked a deal in May to move to Brookfield Property Partners’ Two Manhattan West in 2024, the Post reported.

Other tenants in Worldwide Plaza include public relations firm Rubenstein Associates along with television stations WNET and CBS Broadcasting.