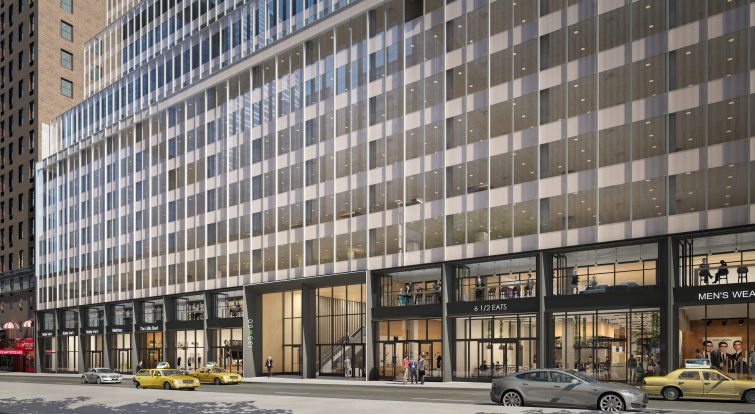 Another day, another food hall.

Urbanspace plans to open a 15,000-square-foot food hall at the base of a Midtown tower next year, its second in the neighborhood and the fourth for the brand in New York City, Commercial Observer has learned.

The food hall signed a 20-year lease for the ground floor and basement of the 23-story 135 West 50th Street between Avenue of the Americas and Seventh Avenue, according to landlord brokers George Comfort & Sons.

Urbanspace’s new food hall, which will have entrances on 50th and 51st Streets, plans to open up in the summer of 2020, the brokers said. A spokeswoman for George Comfort declined to provide asking rents.

The deal marks Urbanspace’s fourth permanent location in Manhattan and second in the neighborhood. Urbanspace already has Midtown East outposts at 230 Park Avenue — across from Grand Central Terminal — and 570 Lexington Avenue.

In January, Urbanspace inked a deal to open a 10,850-square-foot food hall at 787 Seventh Avenue, taking over from Bobby Flay’s Bar American, as CO previously reported.

Peter Duncan, Alexander Bermingham, Matt Coudert and Andrew Conrad of George Comfort represented the landlord, UBS Realty Investors, in the deal while Byrnam Wood’s Gordon Ogden and Benjamin Mohr handled it for Urbanspace. Ogden did not immediately respond to a request for comment.

“As part of our repositioning of 135 West 50th Street, it was essential that we identify the right retail tenant that complemented and enhanced the progressive environment we are curating at the tower,” Duncan said in a statement. “Urbanspace has a successful track record of producing elevated public spaces with high-quality options and distinct design, which made it the perfect fit for our reimagined retail space.”

Aside from the food hall, UBS tapped Gensler to start a capital improvement program on the 925,000-square-foot tower which includes renovating its retail space, building a 20,000-square-foot amenity floor and adding a private terrace on the 24th floor.