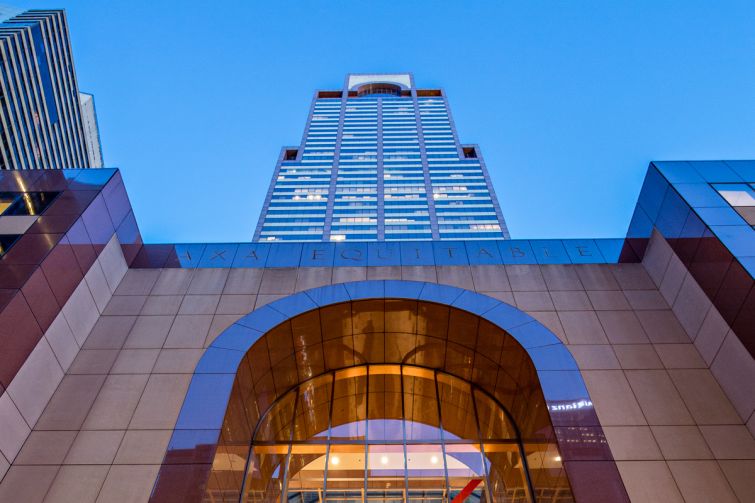 Midtown is getting a new food hall from Eldon Scott’s Urbanspace, at CommonWealth Partners’ 787 Seventh Avenue.

The new food hall will occupy 10,850 square feet at the Midtown trophy tower between West 51st and West 52nd Streets, and stretch across the concourse, ground and mezzanine levels, according to a source with knowledge of the deal. It will replace Bobby Flay’s Bar Americain, which closed in early 2018, The New York Post first reported.

This is Manhattan’s umpteenth multi-vendor food market, and the third permanent Urbanspace location. Their first two are both in Midtown East, one at Urbanspace Vanderbilt, on Vanderbilt Avenue across from Grand Central Station, and the second at the nearby 570 Lexington Avenue. The West Side already has a few such marketplaces of its own, including Gotham West Market at 600 Eleventh Avenue in Hell’s Kitchen and City Kitchen at Eighth Avenue and West 45th Street.

CBRE’s Amira Yunis and Anthony Stanford represented Urbanspace in the deal, while David LaPierre and Kristen Crossman, also from CBRE, represented the building’s owner. A CBRE spokeswoman declined to provide the length of the lease or the asking rent.

“The Urbanspace brand is a huge draw for tourists and New Yorkers alike,” CBRE’s LaPierre said in a prepared statement. “The market at 787 Seventh Avenue will bring thousands of new visitors to the building and will be a huge amenity for the property’s office tenants and for the entire Midtown West neighborhood.”