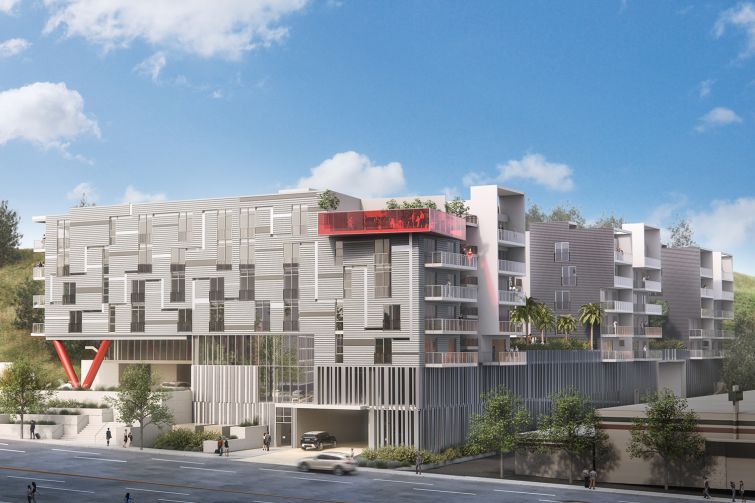 The three-year investment will help fund the construction of a five-story, 176-unit multifamily project developed by Sandstone Properties, according to HGI. The firm declined to provide further details about the terms of the investment.

Crews are set to begin construction by the end of the year at 6733 South Sepulveda Boulevard, across from the 250,000-square-foot Promenade outdoor shopping and entertainment complex, as well as the 1.3-million-square-foot Howard Hughes Center.

The luxury apartments will likely serve the expanding office sector in Playa Vista, a neighborhood in the Silicon Beach area. It is home to some of the country’s top tech and media firms, with more space on the way for companies like Google and Facebook.

Last month, Nike signed up for more than 90,000 square feet at the new 6.5-acre Water’s Edge campus at 5510-5570 Lincoln Boulevard, according to designers SPF:architects. Construction topped off at the 183,000-square-foot structure this week. Water’s Edge was developed by Rockwood Capital and Marshall Property & Development.

Google is landing at the converted aircraft hangar in Playa Vista called the Spruce Goose property, where Howard Hughes famously constructed his fleet of planes. It is being transformed into 525,000 square feet for the Mountain View-based tech giant. Meanwhile, Facebook moved into 260,000 square feet of space at Tishman Speyer’s Brickyard campus in Playa Vista earlier this year.

“As we witness the ongoing expansion of many technology giants and industry elites to West Los Angeles, Playa Vista has become the epicenter of Silicon Beach, bringing jobs, new development and a highly educated workforce to live in this market,” said Matt Jones, director of acquisitions of HGI, in prepared remarks. “We look forward to continued investments in the L.A. market and the West Coast overall.”

The L.A.-based Sandstone, founded in 1994 by Eri Kroh, has also been active in other Silicon Beach enclaves and around Los Angeles, after it sold a property in El Segundo for $31 million in the first part of the year. Sandstone is also behind the 730-room Albany hotel project in Downtown Los Angeles, as well as a 175-room hotel project in Culver City.