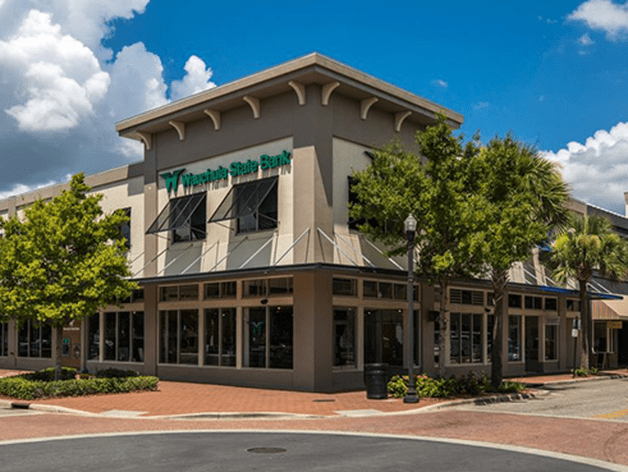 A shot of the renovated 347 West Central Avenue. Courtesy: Cooper-Horowitz

The 10-year, fixed-rate CMBS loan was used to refinance a mix of 20 mixed-use office and retail assets and funded Six/Ten’s acquisition of an additional asset that was added to the bundle.

Jay and Spencer Miller and Jonathan Kramer of New York-based mortgage brokerage Cooper-Horowitz arranged the financing on behalf of the borrower.

Six/Ten’s focus is on creating, reviving and converting spaces, built-to-suit, for potential clients and businesses operating within the city’s limits. The firm has acquired 20 of the properties in this portfolio over the last 15 to 20 years.

According to an explanation on Six/Ten’s website, the company creates “a home for each business by resurrecting properties around our city, gutting the original structure and providing you with a clean slate. We have also built our structures from the ground up to meet tenants exact needs. Whether you are looking to spruce up your space with beautiful design or are in need of more office space and a conference room large enough to accommodate your whole team, our build to suit program is the stepping stone that brings your napkin sketch to life. ​”

One example of the firm’s capabilities is shown through an asset backing the Deutsche Bank CMBS financing, at 347 West Central Avenue in downtown Winter Haven. In 2012, Six/Ten bought an old two-story property downtown that had once been home to a furniture supply store called People’s Furniture and renovated the building’s facade, ridding “downtown of an unattractive building,” according to the company’s website. The building, now home to a Wauchula State Bank, includes office and co-working space with views of the city’s Central and South Central Parks, which are located across the street from the property.

Sandwiched between Orlando and Tampa, the Winter Haven and Lakeland areas have experienced robust population growth over the last couple years, growing 3.2 percent in 2018, according to a U.S. Census Bureau report.

An official at Six/Ten did not immediately respond to an inquiry before publication. A representative for Deutsche Bank declined to comment.