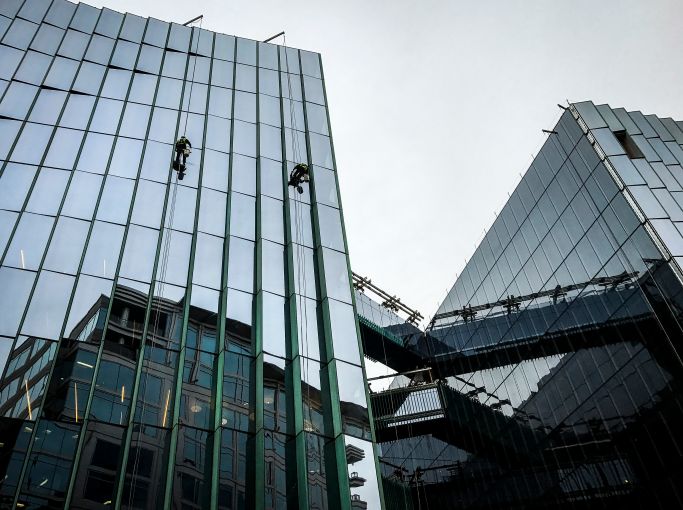 Carr Properties has picked up a $525 million CMBS refinancing on the large Washington, D.C. office building that hosts Fannie Mae‘s headquarters, according to DBRS Morningstar, which analyzed the transaction.

The ten-year, fixed-rate debt is backed by Midtown Center, Carr Properties’ recently completed 14-story office property at 1100 15th Street NW, about a half-mile north of the White House. Carr will pay the trio of banks behind the debt — Wells Fargo, Bank of America and Goldman Sachs — 3.08 percent interest, with no principal payments due until the loan matures in 2029.

Cash-flow throughout the life of the loan looks neatly squared away: Leases to the two primary tenants, Fannie Mae and WeWork, together account for 95 percent of the net leasable area and neither agreement expires until 2033. WeWork, whose lease accounts for 12.7 percent of the building’s available space, has been hit with questions about its viability in the wake of a failed attempt at an IPO in recent weeks, but concerns over the $16.9 million it has paid Carr upfront to guarantee its lease in the building, as per the rating agency.

What’s more, Carr has also secured an additional corporate guaranty from WeWork, and Fannie Mae agreed to guarantee the rent due from about a third of WeWork’s square footage.

Completed in 2018, the 868,000-square-foot complex consists of a pair of glass-curtain-walled towers connected by both a common base and by sky bridges. The property includes on-site parking, a fitness center and ground-floor retail space that flows into an outdoor plaza.

Fannie Mae, which had previously occupied parts of group of five D.C. office buildings that it variously leased and owned, decided to consolidate its headquarters at the new Carr building as it faced a 2018 lease expiration at one of its former sites. The government-backed multifamily lending agency will pay $37.7 million to rent 600,000 square feet in the building, a move that it says will save taxpayers $341 million compared with its prior headquarters expenses over the lease’s 15-year term.

That said, Fannie Mae employees may be feeling the squeeze. Workers will be faced with an 80 percent reduction in the number of individual offices, and executives’ offices are shrinking 50 percent in the move, the agency said.

DBRS Morningstar analysts didn’t shy from citing concerns about WeWork’s fortunes, pointing to a Financial Times analysis that calculated the company lost money at a rate of $219,000 an hour between March 2018 and March 2019.

“These concerns are somewhat mitigated by the structure of theleases,” the report’s authors, led by Steven Stowers, added.

Retailers who have signed up for ground-floor space in the building include seafood restaurant Dauphines, Blue Bottle Coffee and a pair of fast-casual Japanese kitchens, Shoto and Akedo.

Representatives for Carr Properties didn’t immediately respond to an inquiry.