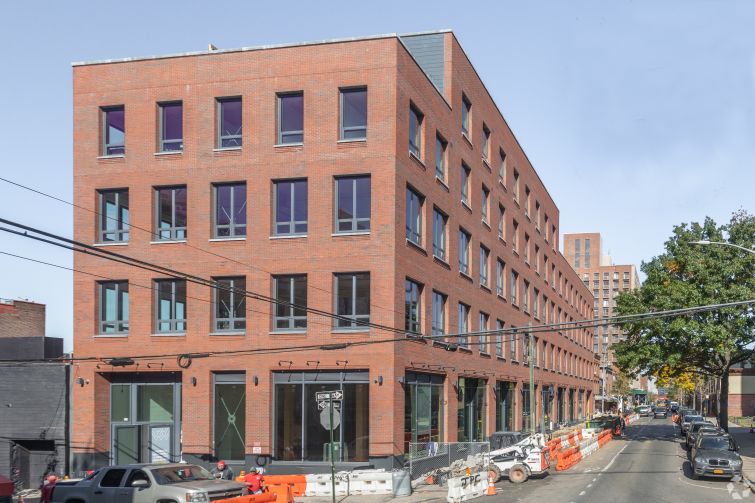 The debt retired over $60 million in previous acquisition and construction financing from Bank OZK that was provided in 2016 and 2017, respectively, records show.

Bank OZK had provided $20 million in 2016 for Flank’s $36.2 million purchase of assets that were demolished to make way for the development; it later provided Flank with over $30 million to fund construction of the project.

AKS Capital Partners’ co-founder Keith Kurland, formerly of brokerage JLL, led the arrangement of the refinancing on behalf of Flank, along with fellow co-founders Aaron Appel, and Jonathan and Adam Schwartz. The brokers declined to comment on the deal.

The developer built the property, along with the nearby three-story 320 Wythe Avenue, using specially treated timber manufactured in Quebec, as CO reported. The pair were completed earlier this year and were built as brick-and-beam buildings, meaning they have timber framing and brick walls resembling old warehouse properties common around the turn of the 20th century.

The 15,000-square-foot structure at 320 Wythe has 11,000 square feet of office space and 4,000 square feet of ground-floor retail. Flank partner Ken Copeland told CO in January 2018 that the retail space will likely be leased to a boutique store or restaurant. In August, the parent company of Cartier signed a 10-year, 5,933-square-foot lease for the building’s second floor with asking rents at $72 per square foot.

Copeland previously told CO that the asking rents for both assets will be in the $70s per square foot.

The framing of the developments were built using nail-laminated timber, which is a specially engineered and chemically treated dense wood that’s fire-resistant; Flank told CO in January last year that the timber is mostly made of Canadian black spruce trees and came from a small town in Quebec called Chibougamau. The developer tapped Montreal-based Nordic Structures to manufacture the wood and ship it to Brooklyn for construction.

“It’s pretty much equivalent [to concrete],” Copeland told CO in January last year, adding that the wood is as cost-effective as traditional building materials. “Obviously the price of concrete has gone up over the course of this building cycle. And [compared to] steel, it’s also pretty equivalent. What we weren’t sure about was how efficient it would be and how fast it would be. But what ended up happening was what we’d hoped. [The laminated wood] actually goes up faster than steel … because everything is prefabricated and fits together.”

An official at Flank was not immediately available.

This story was updated to reflect that Colony Capital-backed mortgage REIT, Colony Credit Real Estate, funded the loan rather than the parent entity.