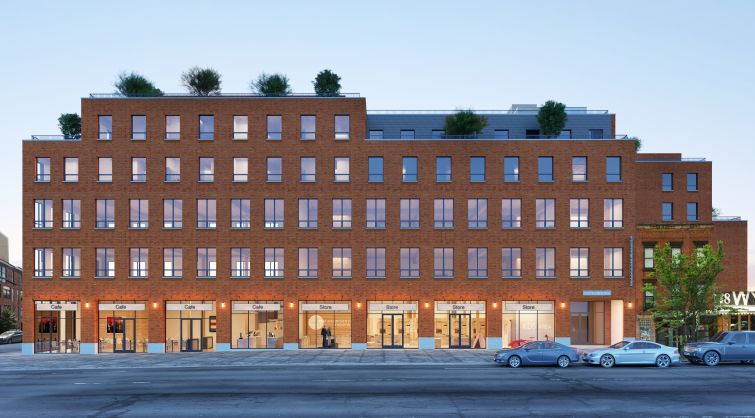 An exterior rendering of the brick facade at 320 Wythe Avenue. Rendering: Flank

The firm has its U.S. headquarters at 645 Fifth Avenue in Midtown and recently decided to open its first Brooklyn office. Richemont signed a 10-year, 5,933-square-foot lease for the entire second floor of the three-story building between South 1st and Grand Streets, according to Sam Seiler of JLL, who represented the landlord in the deal. Asking rent in the transaction was $72 a square foot. The space also includes an outdoor terrace.

Seiler represented Flank along with his JLL colleagues Howard Hersch and Sam Melligon. Seiler called the lease “an important deal for Brooklyn that will hopefully build more momentum.”

Christopher DeCrosta and Roberto Rhett of Good Space NYC represented the tenant and declined to comment on the deal.

Ken Copeland, a partner at Flank, said in an email that Richmont’s “international stature is indicative of Williamsburg’s continued evolution into a world-class live-work-play neighborhood, and of the quality of our project.”