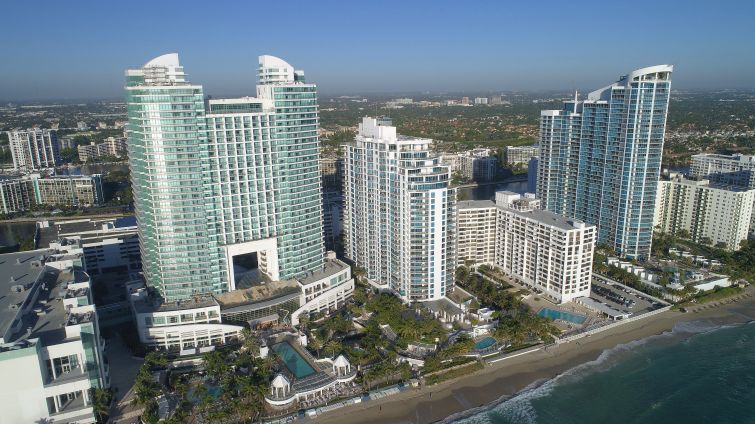 Of the $560 million package, $460 million will be securitized in the BFLD 2019-DPLO single-asset single-borrower commercial mortgage-backed securities (CMBS) transaction. The remaining debt comes in the form of a $100 mezzanine piece that’s secured by equity interests in the borrower, Brookfield, and its subsidiary, Thayer Lodging Group, which it purchased in 2014 to expand its hospitality footprint.

The $460 million loan is non-recourse, interest-only and carries a 4.44 percent floating-rate coupon, according to a report from Kroll Bond Rating Agency. It has a two-year term, with three, one-year extension options. For this financing, Morgan Stanley provided $276 million, while J.P. Morgan and Wells Fargo each contributed $92 million in the deal, which was originated on Sept. 19 and is expected to close on Oct. 9.

The proceeds refinanced $401.3 million of existing debt, paid $11.1 million in closing costs and returned $147.5 million of equity to the sponsor, according to ratings agency reports. The previous financing was a $400 million, syndicated balance sheet loan led by Morgan Stanley; the syndication was split among five lenders.

Brookfield and Thayer entered into an interest rate cap agreement with U.S. Bank for the initial term of the loan, with a cut-off rate of 4 percent, according to Kroll. Should the loan be extended, the borrowers will have to negotiate a new interest rate agreement for the duration of the extended term.

Located at 3555 South Ocean Drive in Hollywood, Fla., the full-service resort has 1,000 rooms split between two, 39-story towers; the rooms average 400 square feet. Amenities at the property include two pools, a 14,000-square-foot spa, a fitness center, 209,000 square feet of meeting and event space and eight different food and beverage offerings.

Built in 1958, the property originally had just 350 rooms. It was demolished and went through a roughly $800 million rebuild, reopening in 2002 as The Westin Diplomat, Resort & Spa, Hollywood under the management of Starwood.

Brookfield purchased the resort for $460 million in 2014 and rebranded it under the Hilton Curio flag. Since its purchase, Brookfield has invested just under $92 million in improving the asset and rebranding it under the Hilton Curio collection. The renovations, which started in March 2015, included $26.9 million pumped into improving the guest rooms as well as $30.1 million to renovate the common areas and expand the property’s food and beverage options. As a result of the renovations, the asset’s net operating income has ballooned by around 85 percent since Brookfield’s purchase.

The property is located on 700 feet worth of beach frontage, according to Fitch Ratings, but while it may be scenic, it creates a problem for the collateral.

Fitch characterized the asset as having a windstorm risk, and for good reason. As of now, the borrower must have at least $225 million in “named windstorm” insurance and 18 months of business interruption insurance, according to Fitch.

The asset has been hit by three “named storms” to date, according to Fitch, with the most damaging being Hurricane Irma, which landed on its beach as a Category 4 storm. Irma’s damage to the resort amounted to about $8 million, and only $1 million was attributable to property damage.