Rising Realty and Lionstone bought the 91-year-old building in 2016 for $80 million. 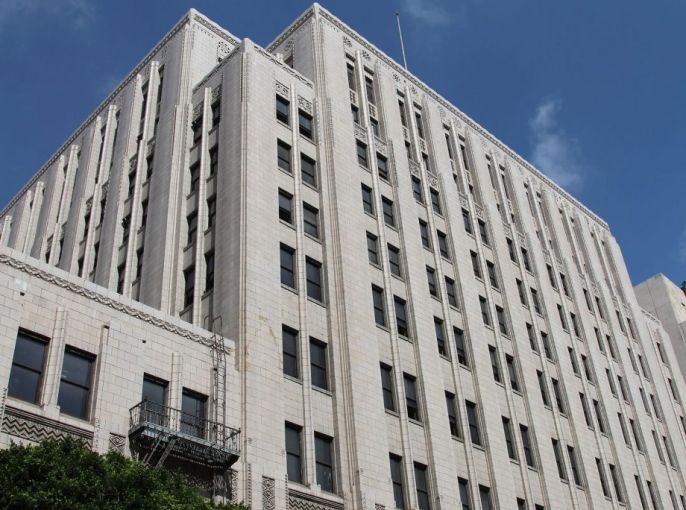 As the first tenant in the Trust Building since it has been renovated, KTGY Architecture & Planning is set to open its new headquarters in Downtown Los Angeles.

The architecture firm is relocating its current office in Playa Vista to a 15,730-square-foot space in the landmark Art Deco office building at 433 S. Spring Street. It is owned and was renovated by Rising Realty Partners and Lionstone Investments. The renovation was designed by Gensler.

Terms of the lease were not disclosed. KTGY expects to move in during the first quarter of next year.

Property records show the 340,000-square-foot building was purchased for $80.4 million in 2016. The historic property was completed in 1928 and opened as the headquarters for Title Insurance & Trust Company. It was designed by L.A.-based architects John and Donald Parkinson, who created the plans for the Memorial Coliseum, Los Angeles City Hall, and the Bullocks Wilshire. The Trust Building was designated as a Historic Cultural Landmark landmark in 2003.

Earlier this year, L.A. Care Health Plan signed a 370,000-square-foot lease at a different building owned by Rising Realty Partners at 1200 W. 7th Street, about one mile from the Trust Building. In January, in partnership with GreenOak Real Estate Advisors, the firm secured an $111-million loan to finance the 287,600-square-foot CalEdison office on Fifth Street about three blocks from the Trust Building. And in 2017, the firm purchased One California Plaza for $459 million with Colony NorthStar.

Meanwhile, KTGY is the firm behind behind the Eleven Fifty Wilshire condominium project near downtown at 1150 W. Wilshire Boulevard, which recently secured a $24-million construction loan. The project by PacTen Partners will rise to 13 stories high with 140 units.

KTGY has also been working on different ways to tackle the homelessness crisis in Los Angeles. For example, earlier this week, the firm unveiled renderings for Hope on Alvarado, the first project in a series of housing projects for homeless Angelenos. The facility will include 84 units and on-site services at 166 S. Alvarado Street, and it is set to open in early 2020. Two additional developments by KTGY, Hope on Broadway in South L.A. and Hope on Hyde Park on Crenshaw Boulevard, recently received $16 million in funding from the $1.2-billion Proposition HHH.

KTGY also created the “Re-Habit” concept, which consists of repurposing vacant big-box retail stores into transitional housing with pod-style units and co-living style communities. The firm also designed several other big projects around the city, including a 429-unit project on West Nordhoff Street in Northridge, and two projects in Koreatown with developer Jamison Properties, including a 228-unit project on Wilshire Boulevard and a 226-unit building on Olympic Boulevard.