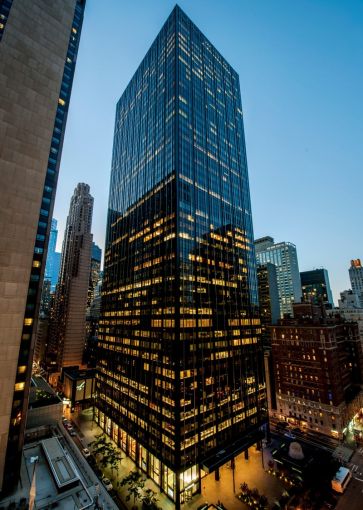 The investor signed a deal to keep its 42,336-square-foot space on the entire 30th floor of Fisher Brothers’ 1345 Avenue of the Americas until 2039 and take another 42,317 square feet on the entire 29th floor, a source with knowledge of the deal said. The firm plans to expand into its new digs early next year.

Asking rents in the 50-story building are $95 per square foot, as CO previously reported.

A spokeswoman for Fisher Brothers declined to comment and a spokesman for JLL did not immediately respond to a request for comment.

Other tenants in the 2-million-square-foot 1345 Avenue of the Americas include private equity firm Fortress Investment Group, law firm Linklaters and General Motors.

Update: An original version of the story said Fisher Brothers signed an agreement with Convene to run an amenity space in the building, but the deal was never finalized.