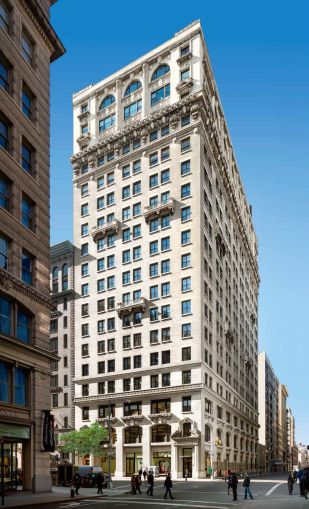 Unqork, a developer of enterprise software for insurance companies, will take over the former Flatiron offices of media sites Gawker, Gizmodo and Jezebel, Commercial Observer has learned.

The company signed an 11-year sublease with Gizmodo Media Group’s (GMG) former owner Univision for 39,547 square feet on the entire second and third floors of 114 Fifth Avenue between West 16th and West 17th Street, a source with knowledge of the deal said. Asking rent was in the $90s per square foot.

This will be the second office in New York City for the two-year-old Unqork — which recently closed on a $22 million Series A fundraising round — as it currently has space nearby at 85 Fifth Avenue, the source said. Unqork has already started moving into its new digs.

The deal was first reported by The Real Deal.

Gawker Media — which owned sites Gizmodo, Jezebel and Deadspin — first took space in Columbia Property Trust, Allianz and L&L Holding Company’s 44-story 114 Fifth Avenue in 2014, as CO previously reported. Univision took over the lease in 2016 when it bought most of the media company’s assets for $135 million after Gawker filed for bankruptcy when it lost a lawsuit by former wrestler Hulk Hogan for publishing one of his sex tapes, Politico reported. Univision renamed Gawker to GMG after the sale.

After nearly a year of looking for a buyer, Univision sold GMG to private-equity firm Great Hill Partners for an undisclosed price in April, the Wall Street Journal reported. Great Hill Partners renamed the company G/O Media, laid off 25 staffers and moved its offices to 1540 Broadway in May, Variety reported.

Jason Birk and Steven Marvin of Olmstead Properties brokered the sublease for Unqork while CBRE’s Carl Eriksen, James Ackerson and James Einstein handled it for Univision. The CBRE and Olmstead brokers declined to comment.