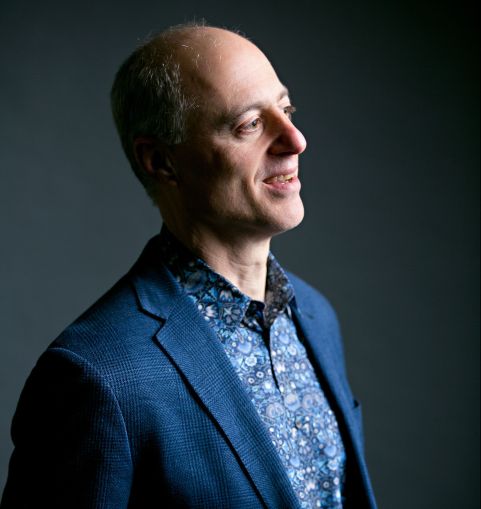 When Andrew Altman was 10 years old, he applied to grad school to study city planning. “I was sadly rejected, but I still have the letter to this day encouraging me to be a city planner. I haven’t strayed very far,” said Altman, a co-founder and principal at Washington, D.C.-based Fivesquares Development.

Altman, 56, grew up in Philadelphia’s Germantown neighborhood. As a preteen, he loved staring out of his window and walking the city, admiring its historic landscapes and diverse neighborhoods. Fascinated by how cities worked, he began drawing them. And, after graduating from Temple University, he went on to study city planning as a grad student at MIT.

Altman started his planning career in Los Angeles during a tumultuous time. He worked for the local government rebuilding inner-city communities affected by the 1992 riots associated with the police-involved beating of Rodney King. A few years later, he got his first position as a city planning director in Oakland.

In the late 1990s, friends introduced Altman to a woman who was running the Center for Urban Development in D.C. “We met, fell in love, and got married three months later,” Altman recalled. In D.C., he managed to nab a job as a city planner under then-Mayor Anthony Williams, who has been credited with revitalizing the District in the late 1990s and early 2000s. Under Altman’s leadership, D.C.’s planning office went from 10 people to about 65.

Altman stayed in D.C. for five years before entering the private sector at New York City-based Lubert-Adler Real Estate Funds. He then went to work planning for the Philadelphia city government before taking a position as CEO of the Olympic Park Legacy Company in London, where he led the transformation of the 500-acre London 2012 Olympic Park.

Altman is now back in D.C., living in Van Ness with his wife and two children, and running Fivesquares with his longtime best friend, Ron Kaplan. This week, Fivesquares celebrated the opening of Liz, a blocks-long project in the 14th Street Corridor that features 78 rental apartments, 20,000 square feet of retail space, and 60,000 square feet of office space including a 30,000-square-foot headquarters for the nonprofit Whitman-Walker Health.

In a recent interview with Commercial Observer, Altman talked about D.C.’s transformation from the 1990s to now, and how Fivesquares is partnering with nonprofits, government agencies and universities for a greater good.

Commercial Observer: How would you describe D.C. when you took on the role as city planner in the late 1990s?

Andrew Altman: The perception of the city wasn’t very high at that point in time even though Washington is a fantastic city, beautiful city. The perception was higher crime, mismanagement, under federal control and losing population. The city was under 590,000 people and a report was written saying that it would grow by 100,000 people — everyone thought that was so farfetched. So it was a very different path.

With all of that baggage, how did you reframe the city’s issues and plan for growth as city planner?

You could see ultimately that the region had very stable economics because of the large federal government and contractor presence — the city doesn’t go through the same ups and downs so we knew there would be growth. The question was: Will Washington capture that growth and where would that growth go?

Mayor Williams committed to rebuild the city and get its management together which is what he did and we started looking to a future where we build on the great assets of the city — its neighborhoods, waterfront, people and energy.

After leaving D.C., you had various roles in both the public and private sectors, why did you decide to start your own firm, Fivesquares?

My oldest and best friend since 8th grade, Ron Kaplan worked in real estate development and finance, and we always thought in the back of our minds we’d work together. At the time, Whitman-Walker was looking for a development partner. Ron was in Bethesda [Md.] and he said you know the city, why don’t you help put together the proposal. We did, they selected us and we said, ‘Hey why don’t we start our company.’ It’s been our lifelong dream.

There was a magic to what we could bring together — his brilliance in finance and creativity — and I’d been part of these large-scale transformative development projects. I thought that the combination of skills and experiences would be something very unique that we can bring to development and do special kinds of partnerships with nonprofits, government and universities.

Liz is co-owned by both Whitman-Walker Health and Fivesquares, how did that model about?

You’d have to talk to them but I think they went through a process like many nonprofits that find themselves with real estate that’s valuable — they’re getting approached by developers and they have financial needs. Most of them end up selling their properties because they get offered very good numbers but I think [Whitman-Walker’s CEO] Don Blanchon had a very different vision. He said, ‘We don’t want to just sell the property, we want to be here long term — Is there an alternative?’

And my partner Ron is a really creative finance person and really good at how to structure these partnerships and proposed a different structure to meet what we heard Don Blanchon and Whitman-Walker wanted, which was to be partners together and create a long-term source of revenue.

What else is special about Liz?

The great thing about a true partnership is that we try to think about every aspect of what they want to accomplish and their mission — so they had multiple goals. One was clearly a long-term commitment so no one can force the other one to sell. Second is sharing in the revenue. As this property and development appreciates in value over time, we all share in that, and that’s important because they have an ongoing source of revenue for their operations to serve their mission and they’re expanding that mission east of the river in Washington. Third is what their actual needs were as an organization — they wanted to have office space, services and an LGBTQ cultural center.

And then we redesigned the public space completely. We created more area to have an actual plaza in front of what will be the cultural center. It’s a very vibrant corridor but there are no places where you can sit down on 14th street unless you’re sitting at a restaurant and we created this really great civic space.

Fivesquares has been referred to as a firm that’s responding to gentrification, would you say that’s accurate?

What we try to do is be creative with partners to help nonprofits and other partners figure out how can they leverage [what they have] to achieve their goals. How do you take this opportunity and make the most of it to serve your population and the needs of your organization.

For example, 14th street is now very popular so leveraging Whitman-Walker’s real estate can support their mission not only in Logan Circle and the 14th Street Corridor but also residents east of the river and in other communities. Because most often what happens is if you’re a nonprofit in a corridor like 14th street, somebody may pay you a lot of money but that may not help you in the long-term of your organization. So we try to create a sustainable future for these organizations leveraging the economics that gentrification brings to best serve their mission.

Fivesquares was recently selected by Howard University for a redevelopment project. Can you talk about that and any other projects in the pipeline?

The other big project we’re doing is with WMATA [Washington Metropolitan Area Transit Authority] at the Grosvenor Metro station. We just spent close to four years getting all the master plan approval to build a transit oriented, arts-related community that will be over 2,200 units of housing.