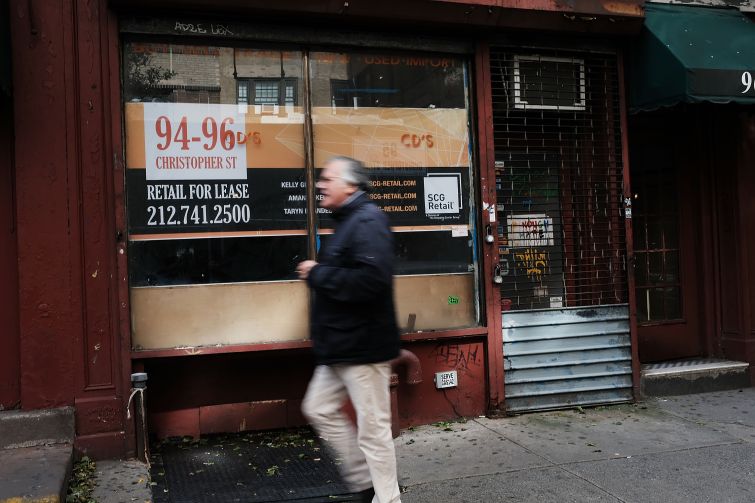 As activists and elected officials push to pass bills to save small businesses from shuttering and to stop the retail vacancy rate from growing, a new report from the city found there doesn’t seem to be a vacancy crisis.

The New York City Department of City Planning (DCP) studied retail corridors in 24 neighborhoods across the five boroughs for a year and showed there’s not a “pervasive vacancy problem” citywide, rather only pockets of areas with plenty of empty storefronts.

And, while people often blame high rents as the reason for beloved businesses from closing, the study found many other factors contributed to a retail space becoming vacant.

“Many individual storefront businesses have conveyed concerns about a changing retail environment, and about the challenges and uncertainty they face, including factors such as shifting consumer habits, taxes, rents, and complex business and land use regulations,” the report reads. “However, this study finds that there is no single dominant trend in retail in New York City — all these factors have different effects in corridors across the city.”

The report tracked storefronts from 2017 to 2018 in neighborhoods in all five boroughs of the city. DCP defined a “healthy vacancy rate” as 5 to 10 percent, it found the average in the areas studied was 11.6 percent which was “not necessarily cause for alarm,” according to the study.

DCP was also able to compare data in eight neighborhoods it had from 2008 to 2009 and found the average vacancies only increased from 7.6 percent to 9 percent in 10 years, with spots like Astoria, Queens, and New Dorp, Staten Island, reporting a drop in empty storefronts.

While the study showed retail vacancies weren’t a widespread citywide problem and couldn’t be blamed by one factor, certain areas did have troubles. A stretch of Canal Street studied had the highest vacancy rate in the city at 25.9 percent, but DCP said it was the smallest area studied and had restrictive regulations.

Soho also had a high rate of 13.8 percent, but DCP found a “market adjustment may be occurring.” Tenant departures have led to troubles for certain Soho properties, such as Derek Lam’s departure from 115 Mercer Street which preceded the April transfer of the building’s debt to special servicing, as Commercial Observer reported.

The study also showed that lower-income areas further from Manhattan — like Port Richmond, Staten Island and Brownsville, Brooklyn — which the DCP blamed on “historic disinvestment” and “negative perceptions of safety.”

DCP’s study comes amid a push by residents and politicians to empower tenants and as uncertainty grows over the actual vacancy rate in New York City.

During a New York City Council hearing for the Small Business Jobs Survival Act (SBJSA) last year, which would put more power in the hands of commercial tenants during lease negotiations, supporters pointed to a statistic cited in The New York Times which claimed 20 percent of Manhattan storefronts were vacant.

CO later reported that nobody actually knows how many storefronts are empty and the source of that number, the late Faith Hope Consolo from Douglas Elliman, argued she was misquoted and that the figure represented availability.

The uncertainty was part of the reason the City Council passed the “Storefront Tracker” bill last week, which would create a database of empty shops around the city by requiring landlords to register the status of its retail space.

“For the past 20 years, people have been talking about the loss of our independently-owned businesses and thinking about different solutions,” Councilwoman Helen Rosenthal, who first introduced the legislation in March, previously told CO. “Every time we talk about it, there’s a meaningful absence of data.”

While the fate of the SBJSA — which has been dubbed “commercial rent control” — remains in the air, DCP urged caution in its study about passing any laws to help with the perceived vacancy crisis.

“These findings suggest that any public interventions to address vacancy should be carefully considered and nuanced,” the report reads. “They should recognize the diversity of New York City’s neighborhoods, support the needs of businesses and communities, and provide adequate flexibility for corridors to evolve as conditions change.”