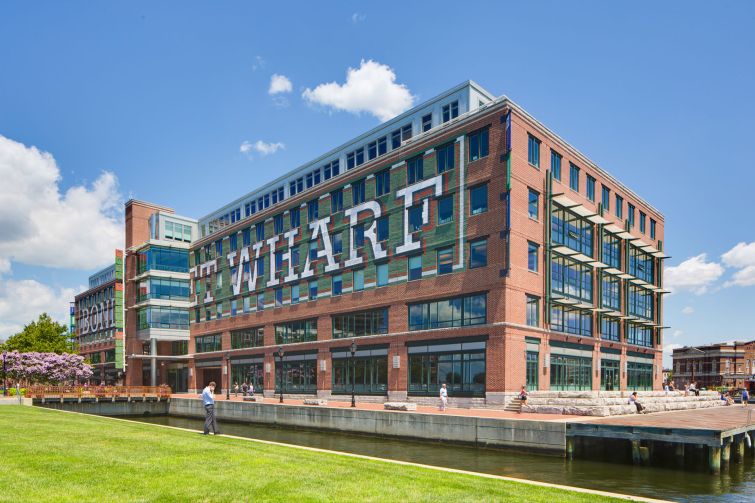 Investment management firm Brown Advisory has renewed its lease and expanded its space to 125,000 square feet at Bond Street Wharf, a 207,000-square-foot office building in Baltimore.

Brown Advisory was one of the first tenants at the property, located at 901 South Bond Street, when it signed its first lease nearly 18 years ago, according to a joint statement from building owner Harbor East Management Group and brokerage Cushman & Wakefield. The firm initially occupied about 21,000 square feet and has expanded over time, with the new lease adding an additional 50,000 square feet.

Two other tenants also recently renewed leases at the building, per the statement. Modular and mobile building company WillScot signed on for about 31,000 square feet and The Johns Hopkins Health System Corporation inked a deal for about 38,000 square feet of space. The building is now 100 percent leased.

“These long-term commitments underscore the neighborhood’s ability to cater to the increasing demand among regional, national and global tenants for superior work environments in an increasingly competitive marketplace,” Tim O’Donald, the president of Harbor East Management Group, said in a prepared statement. The firm would not provide lease terms or asking rent at the building.

The six-story Bond Street Wharf, which sits at the intersection of the Fells Point and Harbor East neighborhoods, was completed in 2002, according to the statement. Its window-lined facade provides 180 degree views of the Baltimore Inner Harbor.

“We believe Bond Street Wharf’s location offers the ‘Best of Baltimore’ to both our employees who live in the city and those from surrounding communities,” Brad Soultz, president and CEO at WillScot, said in the statement. “It combines all the great attributes of walkability and waterfront lifestyle and is centrally accessible.”