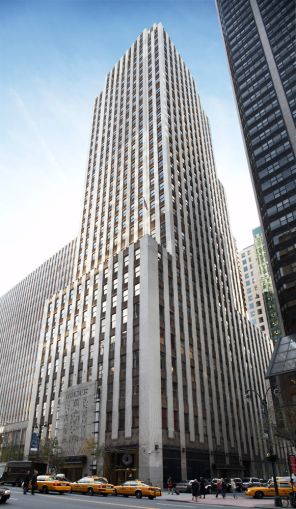 WPIX has operated out of the 1.2-million-square-foot building between Second and Third Avenues since it was founded by the Daily News in 1947. Tribune Media, its parent company, signed a 16-year renewal for the broadcaster’s 101,568-square-foot offices, SL Green announced in its second-quarter earnings last week.

The television station has space on the first, fourth and tenth floors of the 37-story Art Deco office tower, according to information from CoStar Group. Asking rent in the deal was $70 per square foot.

The publicly traded real estate investment trust recently put the landmarked former Daily News headquarters on the market. SL Green President Andrew Mathias discussed the property — which is rumored to have an asking price of $1 billion — on last week’s earnings call, in response to a question about whether the company would put office properties on the market with large vacancies.

When large tenants began to move out of the News Building, “we redeveloped the building, leased it up to Visiting Nurse Services and Young Adult Institute and a bunch of other great tenants,” Mathias explained. “Now we have the asset on the market for sale. So I don’t think we would look to sell because we’re afraid of having some vacancy. That’s still our core business is redeveloping those buildings, bringing in new tenants, moving up the rent roll, hopefully, and sort of making the assets better.”