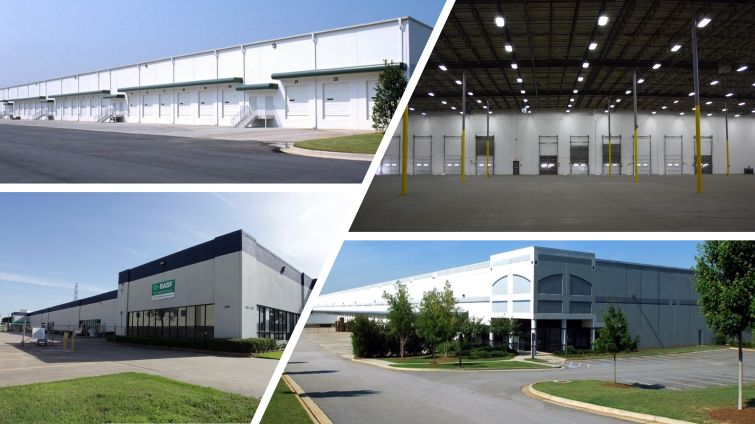 The seven-year, fixed-rate loan covers 140 industrial assets located in and around eight major logistic markets, including Memphis, Tenn., Atlanta, Ga., and Houston, Texas, a source with knowledge of the deal told CO. The insurer had previously financed a majority of the assets currently in the portfolio.

“This portfolio represents a critical mass of core industrial assets that span several of the most active logistics markets in the Sunbelt region,” PGIM managing director and transaction lead, Tom Goodsite, said in prepared remarks. “As a result of its well-located assets—many of which sit in sought-after infill locations—and the expertise of its ownership, the stabilized portfolio maintains near-full occupancy across its properties.”

The properties are situated on 57 industrial developments across the eight markets and all together comprise a whopping 9.8 million square feet; the buildings are occupied by 482 different tenants.

The largest concentrations of square footage are in Texas—Dallas, Houston, San Antonio and Austin—while the remaining space is in Atlanta and Memphis, as well as Tampa and Lakeland, Fla., sources said.

A few of the assets include Southpoint Distribution Center I and II, at 4655 East Shelby Drive in Memphis, which is being leased by Colliers International; 3550 Southside Industrial at 3550 Southside Industrial Parkway in Atlanta; Crosspoint Warehouse at 1701 Crosspoint Avenue in Houston; and Southpark 3075 at 3075 South Park Boulevard in Ellenwood, a suburb just south of Atlanta.

PGIM has a long track record of interest in lending on the industrial sector, with a focus in core and core-plus opportunities, which it expanded with its record volume of $18.1 billion in originations in 2018 and seems eager to continue this year.

In a February 2019 statement on the insurer’s 2018 lending volume, PGIM Real Estate Finance CEO David Durning said, “…We broadened our recent focus on affordable and market rate apartment and industrial property loans to include an increased emphasis on higher yield loans to reflect secular trends around home ownership and e-commerce and increased investor appetite for higher income producing assets.”

A representative for DRA was not immediately available to respond to an inquiry.