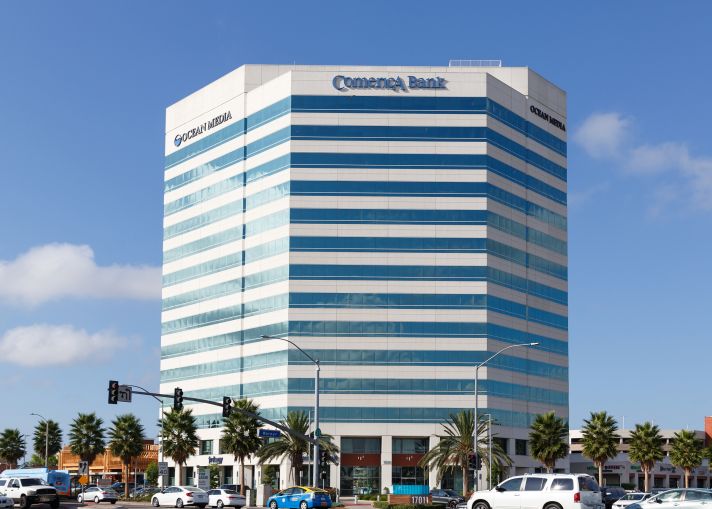 An active Downtown L.A. developer has set its sights on Huntington Beach, Commercial Observer has learned.

The Vancouver-based Onni Group purchased an office-and-retail complex, known as Ocean Plaza, from Decron Properties for $97.25 million, according to information from Decron.

The complex, located at 17011 Beach Boulevard, is comprised of a 14-story office building with 207,645 square feet of office space, five additional buildings with a total of 108,785 square feet of retail space and a six-level parking garage. The retail buildings include a 42,000-square-foot UFC Gym and a 25,000-square-foot former theater, now Mariner’s Church. Office tenants in the building, which was built in 1985, include Ocean Media, Premier Workspaces, and Comerica Bank. The complex is 85 percent occupied, per Decron.

The Los Angeles-based Decron has been paring down its office and retail holdings and focusing on multifamily properties both inside and outside the Los Angeles area, Decron CEO David Nagel said. Since 2015, the company has reduced its office and retail exposure from 40 percent to almost 15 percent, and has spent $350 million on multifamily assets in Northern California and Seattle, Wash. “We have seen that commercial office and commercial retail have too many peaks and valleys. When rents go up they don’t stay up,” Nagel said. “In multifamily the peaks and values are much more shallow. When there’s adjustments, the adjustments are not nearly as deep.”

Cushman & Wakefield’s Marc Renard represented Decron Properties in the transaction. It was not immediately clear who represented Onni.

The Canadian Onni is an active developer in Los Angeles, with its projects including the redevelopment of the Los Angeles Times building and eight other sites currently leasing residential or commercial space. In June, the city approved the firm’s 60-story mixed-use tower at 1000 South Hill Street despite community opposition, CO reported at the time.

Onni also recently closed on a $550 million acquisition loan from Natixis for its purchase of Wilshire Courtyard, a two-building office complex in Miracle Mile.

Neither Onni nor Cushman responded to requests for comment.