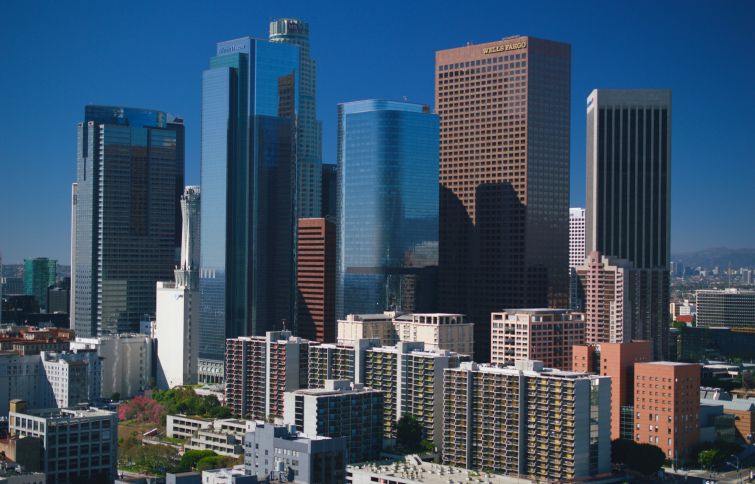 Natixis has provided a $550.2 million acquisition loan in Onni Group‘s purchase of a major office complex in Los Angeles, the bank announced today.

Onni, a developer based in Canada, has been linked to the site since early this year, when The Real Deal reported it planned to acquire the two-building asset, Wilshire Courtyard, for around $630 million. The seller, Tishman Speyer, had been marketing the office complex since September 2018.

The two six-story structures, at 5750 and 5700 Wilshire Boulevard, stand along the stretch of the thoroughfare known as Miracle Mile, adjacent to the La Brea Tar Pits and the Los Angeles County Museum of Art. Major tenants include CJ America—a holding company for a variety of food and entertainment brands—advertising agency Initiative, Japan Foundation Los Angeles and Reporte Internacional, a Spanish-language news service. Publications such as the Los Angeles Business Journal and The Hollywood Reporter also operate from offices there. Retail tenants include an Equinox gym and First Entertainment Credit Union.

A Natixis spokesman couldn’t immediately confirm the final acquisition price, but if the deal closed for $630 million as previously reported, it would top the most expensive commercial acquisition of 2018 in Los Angeles: Boston Properties‘ $627.5 million acquisition of the ground lease for Santa Monica Business Park. A $630 million price tag would also represent a healthy profit for Tishman, which itself bought the property from RREEF Property Trust, a DWS subsidiary, for $423 million seven years ago.

Office tenants at the Wilshire Boulevard complex get access to private balconies, and, as is de rigueur in Los Angeles, a pair of three-level subterranean parking garages. An adjacent park along West 8th Street, just south of the office complex, divides the commercial buildings from a neighborhood packed with single-family houses.

The deal represents another notch in the belt of Onni’s growing portfolio in America’s second-largest city. In 2016, the company paid $430 million to Tribune Media to buy a portfolio of buildings that included the Art Deco headquarters of the Los Angeles Times in the city’s central business district. (Last year, the newspaper’s new owner, Patrick Soon-Shiong, declared his intention to relocate to El Segundo after Onni demanded $1 million per month in additional rent, the Times reported.)

Other major holdings include the 250,000-square-foot Western Pacific tower in Los Angeles’ revitalized Fashion District, and the 70,000-square-foot 1212 South Flower building. Just last week, the company won approval from the Los Angeles City Council to build a 60-story residential tower at 1000 South Hill Street, surmounting some community opposition to the plan’s potential impact on its neighborhood.

Representatives for the company—whose U.S. assets elsewhere comprise office buildings in Chicago and Seattle—did not immediately respond to inquiries.