Hines Is the Latest Landlord to Get on the Coworking Bandwagon 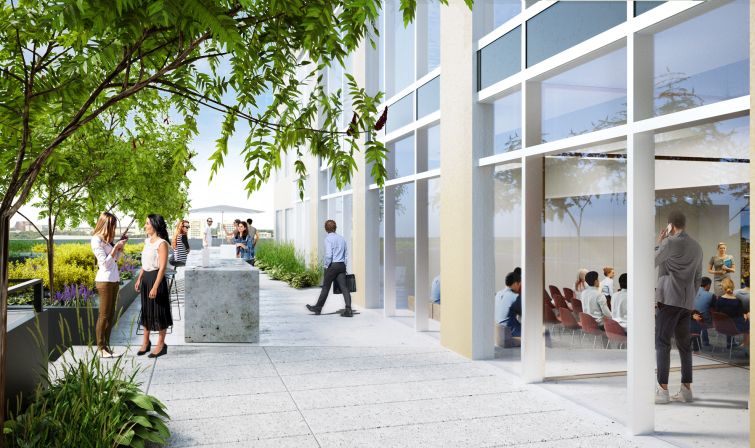 Hines is the latest landlord to move into the flexible workspace sector, in what could be a perilous trend for coworking providers like WeWork. Real estate firm Tishman Speyer launched Studio last year, CBRE brokerage got into the game with a flex provider named Hana, and Silverstein Properties runs its own flex arm called Silver Suites.

Hines Squared will be an umbrella platform for amenity spaces, flexible workspaces and property management in Hines office buildings. It launches at two buildings, the 33-story 717 Texas office building in Houston, Texas and the Kearns Building in Salt Lake City, Utah.

Hines has partnered with flex space provider Industrious, which will operate the coworking spaces, called The Square, at the two initial Hines Squared locations, as well as additional projects in the Hines pipeline. Hines will also partner with Convene to offer meeting and events management services.

While landlord-managed amenity and flexible spaces could pose a risk to providers, WeWork’s Sarah Pontius told Commercial Observer that it actually presents an opportunity. Similar to the partnership between Industrious and Hines, WeWork has partnered with RXR Realty in a revenue-sharing arrangement at 75 Rockefeller Plaza, and Pontius was hired to build out that partnership model.

“The landlords have the capabilities to build the space and design the space,” Pontius told CO. “But it’s the management of the space, [the] day-to-day operations in the space, where we can bring in our expertise.

Hines built their offering in collaboration with Fifth Ventures, a venture capital firm that focuses on innovations at the intersection of tech and real estate.