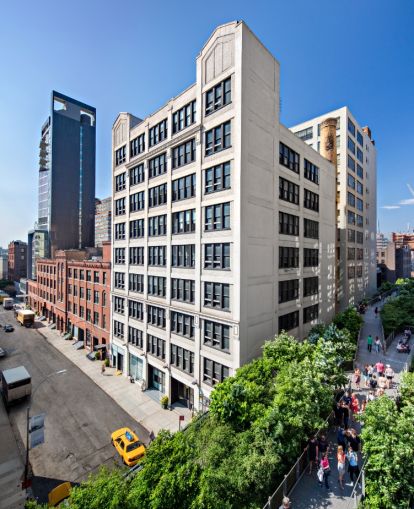 Artemis Real Estate Partners has picked up a $105 million loan from Aareal Capital Corporation to buy the Chelsea Ironworks office complex from PGIM and L&L Holding Company, according to city property records.

The lender is the U.S. arm of a commercial bank headquartered in Wiesbaden, Germany.

PGIM, in a joint venture with David Levinson and Robert Lapidus’ L&L Holding, acquired the property for $160 million from Related Companies in 2014, also with the help of financing from Aareal. The duo had been marketing the building for sale for two years, having hired Savills to find a buyer in 2017. At the time, they sought $200 million, or about $1,000 per square foot, as per TRD.

Related had purchased the building for roughly $93 million in 2012.

Flexible office space provider WeWork occupies just over 80,000 square feet from the second through eighth floors and in the penthouse at 511 West 25th Street, according to CoStar. The company signed a 15-year lease there last year, joining a collection of art galleries as well as offices for Target, the national retailer, on the tenant roster.

Tesla ran a showroom in the building for its electric cars, but it closed its sales floor there in favor of a downtown location at 860 Washington Street in the Meatpacking District.

Michael Bernstein, a partner at Artemis, told The Real Deal that the deal marked the first acquisition from a new core-plus investment fund, and that the firm aims to hold the building for five to seven years.

Representatives for Artemis and Aareal didn’t immediately respond to inquiries. A spokeswoman for PGIM declined to comment.