F45 Training is Coming to The Boro in Tysons, Va. 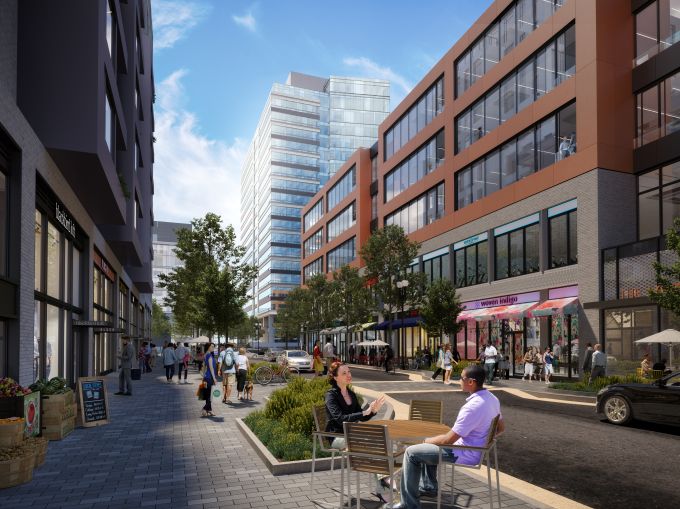 WYLI Venture Partners has signed a 10-year lease to open a 2,310-square-foot F45 Training outpost at The Boro in Tysons, Va., according to a press release from the company.

F45 Training is known for its 45 minute workouts that combine HIIT, circuit and functional training concepts. F45 Tysons, slated to open in late summer 2019 at 1640 Boro Place, will offer fitness programs with more than 4,000 exercises changed daily on screens throughout the space, along with technology for tracking heart rate, live DJ mixes and a network of coaches, per the release.

The deal closed on April 23, according to a F45 Training spokesman, who would not disclose the asking rent at The Boro, which is being developed by the Meridian Group. In a prepared statement, Caroline Flax, an associate at the Meridian Group, said the firm is “thrilled about the tremendous energy [F45 Tysons] will bring to the project.”

Commercial Observer previously reported that WYLI Venture Partners signed on at another location in Tysons at 1953 Gallows Road, but that location never opened. “Our only Tysons F45 will be housed at The Boro,” the spokesman said, adding that the company signed a letter of intent, not a lease at 1953 Gallows Road.

Doug Crawford and Jeff Harnois, co-founders of WYLI Venture Partners, said in prepared remarks that The Boro “is the perfect home for F45 Training and we are thrilled to bring this fitness concept to the vibrant Tysons community.”

Charlie Papadopoulos and Sarah Potts of Papadopoulos Properties represented WYLI Venture Partners in the deal, while David Ward of H&R Retail represented Meridian. The brokers did not return CO’s request for comment.