Ethan Allen, Paris Baguette Sign On at The Boro in Tysons, Va. 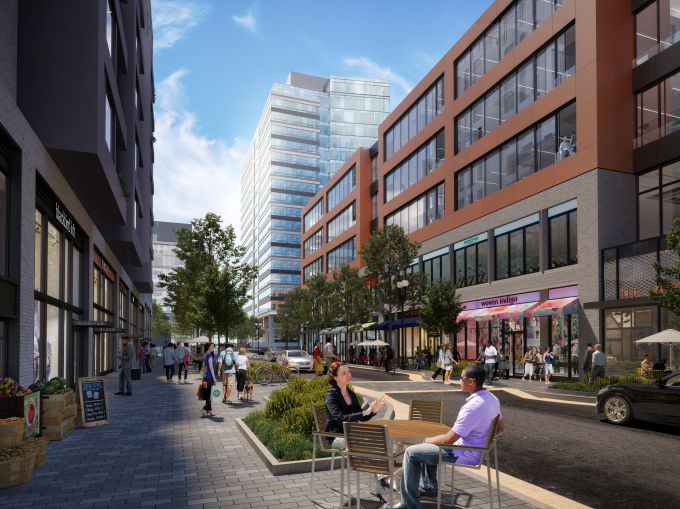 Furniture retailer Ethan Allen and South Korea-based bakery chain Paris Baguette have taken space at The Boro development that’s under construction in Tysons, Va., according to a press release from Meridian Group, the site’s developer.

Ethan Allen is relocating from its current store near Tysons at 8520 Leesburg Pike to an 11,500-square-foot, two-story outpost at The Boro at the corner of BoroPlace and Westpark Drive, per the release. Andy Feldman of KLNB, who did not return Commercial Observer’s request for comment, represented Ethan Allen in the deal.

For its second Northern Virginia location, Paris Baguette will offer baked goods, sandwiches and salads, in a 2,600-square-foot café on the ground floor of Boro Tower at the corner of Broad Street and Solutions Drive, per Meridian. Paris Baguette was represented by Jeff Handler of Asadoorian Retail Solutions in the deal. Handler did not return CO’s request for comment.

Other retailers who signed deals at the development include hair salon Colour Bar Studio in 3,400 square feet on the second floor of The Loft building on Boro Place, Akira Ramen & Izakaya, known for making its own soba noodles, in 2,000 square feet on Boro Place and Poki DC chain in 1,400 square feet, adjacent to Akira Ramen. They will join a 69,000-square-foot Whole Foods Market and ShowPlace ICON Theater with 14 auditoriums, which are slated to anchor the development, as CO previously reported.

The Boro development “captures the spirit of a true downtown experience in Tysons,” Dave Ward of H&R Retail, who along with Geoff Mackler represented Meridian in all of the leases, told CO, adding that people will have a chance to live, work and play in “luxury residences, new-to-market retail, green spaces and trophy office spaces.”

At full completion, the development will feature more than 1,500 residential units, 1.9 million square feet of office space, 350,000 square feet of retail and a 250,000-square-foot hotel—all within walking distance from Greensboro Metro station. A Meridian spokesman would not disclose lease terms or the asking rent at the development.