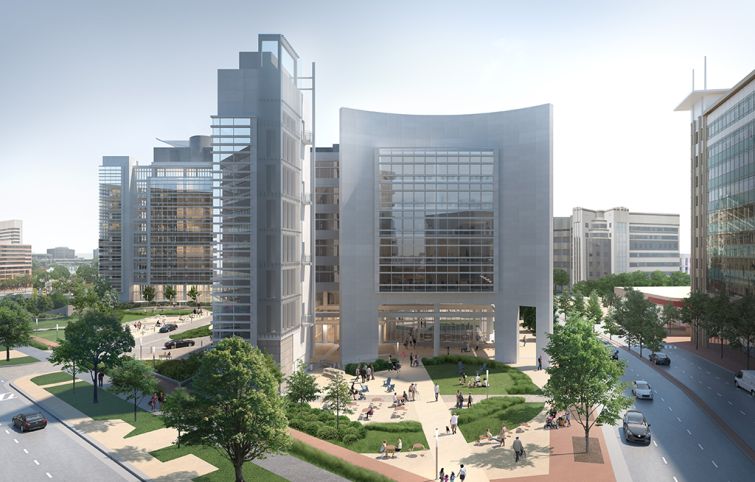 The first tenant to take space at Inventa Towers, Children’s National Health System, signed a 15-year lease for 140,000-square feet at the downtown Silver Spring, Md. building, according to a press release from the property’s co-owners Foulger-Pratt and Cerberus Capital Management.

“We couldn’t have asked for a better tenant to kick off our leasing efforts,” Michael Abrams, a managing director at Foulger-Pratt, said in a prepared statement, adding that the firm had “tremendous interest” from the healthcare sector and prospective tenants.

Children’s National plans to consolidate administrative teams that are spread across the D.C. region into the new space, according to the release. “As we pursue a more collaborative work environment for our staff, we sought a space that was centrally located offered a variety of amenities. Inventa Towers delivers on all of our needs and more,” Charles Weinstein, an executive vice president at Children’s National, said in prepared remarks.

Matthew Coursen of JLL represented Children’s National Health System in the deal, while JLL’s Andrew Masters, Amanda Davis and Arden Stabb represented Foulger-Pratt. The brokers did not respond to CO’s request for comment.

Children’s National employees will begin moving in next year, per the release.