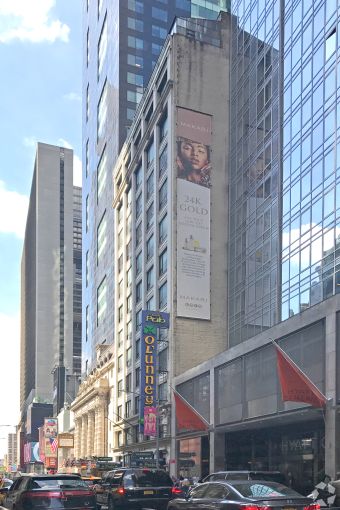 Flexible office space giant WeWork has nabbed a 47,000-square-foot space at 145 West 45th Street in the vicinity of Times Square, the company announced.

The space—which will be spans the top five floors (six if you include the penthouse, connected via an internal staircase) of the 99,024-square-foot 12-story property between Avenue of the Americans and Seventh Avenue owned by Aini Assets and Isaac Chetrit’s AB & Sons—will be for Headquarters by WeWork—private offices exclusively branded and staffed by the tenants’ company. Chetrit did not immediately respond to a request for comment. The Real Deal was the first to report on the deal, which closed yesterday. WeWork’s spokesman said he expects to space to open to its members in the summer.

Sources said said the deal is for 10 years and building asking rents are $65 per square foot on the top two floors and $59 on the others. Tenants include wholesale diamond jeweler Diamond Direct, property management firm Radiant Partners and the Irish pub O’Lunney’s.

Granit Gjonbalaj, WeWork’s chief real estate development officer, said in a statement: “Located at 145 West 45 Street, moments from Time Square, this adds to our growing presence in the heart of Midtown Manhattan and will allow us to meet the exceptional demand we’re seeing for this fast-growing offer.”

Steven Marvin and Jason Birk of Olmstead Properties represented AB & Sons in the deal and negotiated directly with WeWork. Birk declined to comment.

Headquarters by WeWork currently has over 30 locations and expects that to grow to 270 by the end of 2019, per a company spokesman. WeWork plans to offer this office setup in 11 new markets within and outside the U.S. including Boston, Denver, Berlin, Toronto, Amsterdam, Jakarta, Sao Paulo, Los Angeles, Austin, Shanghai and London.