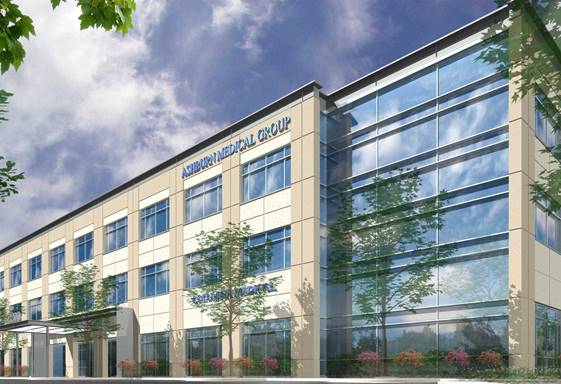 Washington Property Company has delivered a 66,932-square-foot medical office building called Stone Ridge Medical Center at 24560 Southpoint Drive in Dulles, Va. and signed four tenants including medical providers National Spine and Pain Centers and Virginia Pediatric Group, according to a press from the real estate investment firm. The companies will move in to the building this month.

Gary Glatter of Ezra, who did not return Commercial Observer’s request for comment, represented National Spine and Pain Centers. Virginia Pediatric Group had no broker in its deal.

Washington Property Company acquired the 8.4-acre development site to develop Stone Ridge Medical Center from Van Metre Homes in 2016, per the release, which states that the acquisition and construction costs totaled about about $21 million.

The asking rent at the property is $28.50 per square foot, according to Joshua Gurland, a vice president at Washington Property Company, who represented the firm in the deals.