Netflix Signs on for an Additional 170K SF in Hollywood 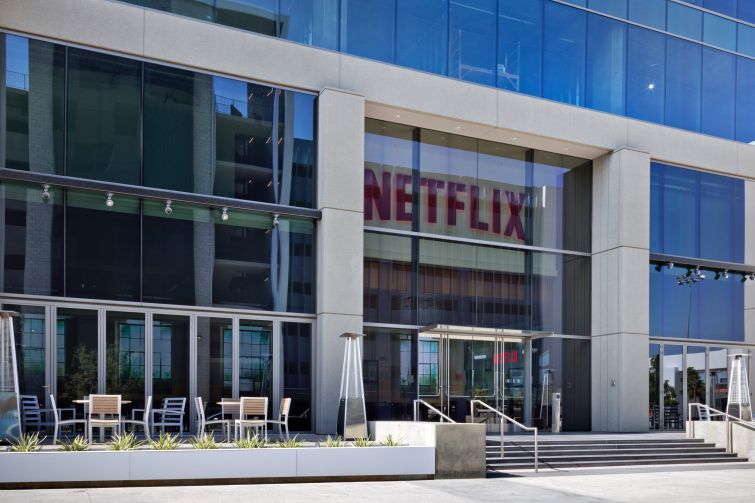 Netflix continues to expand its footprint in Hollywood with its two most recent leases. Photo: Netflix

Netflix is growing its footprint in Hollywood by signing two new leases for a combined 170,000 square feet of office space. With the deals, Netflix will occupy a total of nearly 1.3 million square feet in the thriving submarket.

The streaming giant has fully leased 817 Vine Street, a 100,000-square-foot office campus owned by Lincoln Property Company (LPC), according to The Real Deal. Originally built for the Musicians Union of Hollywood, the revamped office campus includes two office buildings with a private landscaped courtyard in the center. HLW International designed the project, which was completed this year. The property is less than a mile from the Kilroy Realty Corporation’s Academy on Vine project, within which Netflix signed on to occupy the entire 355,000 square feet of office portion once it’s completed in 2020.

In addition, Netflix is expected to take over a 68,000-square-foot sublease at the mixed-use complex at 1350 North Western Avenue, which is owned by LaTerra Development and Gemdale. The space was formerly leased to ZestFinance. Both deals closed late last week.

Daniel Chiprut, the Newmark Knight Frank broker who is listing Zest’s sublease, confirmed the move to TRD. Utilizing advertised rents at the building as a guide, the outlet valued the lease at around $3.3 million.

Representatives from Netflix, Lincoln Property Company, LaTerra and Gemdale, meanwhile, did not respond to immediate requests for comment.