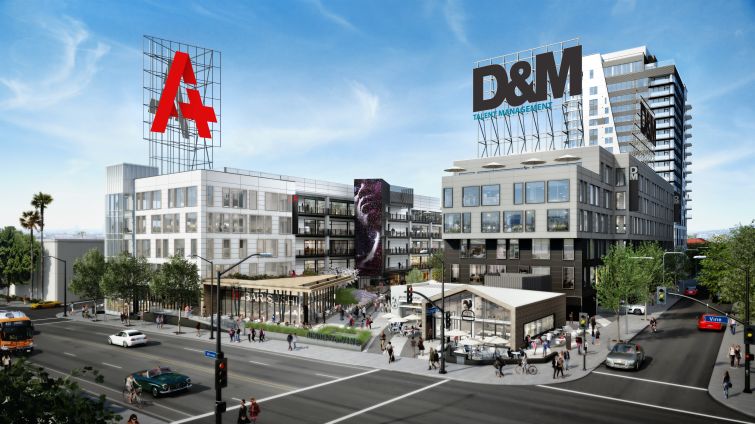 Los Angeles may not have made the final cut in the race for Amazon’s second headquarters stake, but expansions by several Fortune 500 companies in the technology, advertising, media and information, or TAMI, sector, has more than compensated, according to a fourth-quarter 2018 L.A. office market report from Savills Studley.

In four-quarter 2018, Netflix signed on for 355,000 square feet at Kilroy Realty Corporation’s Academy on Vine project in Hollywood, entered into an agreement to lease the entire 328,000-square-foot, 13-story Epic on Sunset Boulevard, also in Hollywood, and signed a lease extension for 325,757 square feet of office space at Icon and 91,953 square feet at Cue, all owned by Hudson Pacific Properties.

And Facebook took approximately 260,000 square feet at the Brickyard in Playa Vista on the Westside of L.A. this past November.

Los Angeles remains a draw for TAMI companies due to the region’s massive economy—California has the fifth-largest economy in the world—and labor pool, Savills concluded.

TAMI tenants that signed deals in the last quarter of 2018 include events promoter and venue operator Live Nation signing a 100,000-square-foot lease at The Post project in Beverly Hills. And some foreign tech firms made significant inroads in L.A. Bytedance, the billion-dollar Chinese tech startup, laid claim to 118,110 square feet at C3 in Culver City.

The influx of TAMI firms has led to less availability of Class-A product on the Westside of Los Angeles where an already existing tech eco-culture exists. Savills found that Class-A product in that part of town fell by 70 basis points to 14.9 percent in the final quarter of 2018 as compared with17.5 percent in 2017. (Elsewhere the availability rate for Class-A product was unchanged from last year, remaining at 18.4 percent.) Tight market conditions on the Westside have brought some tech and media companies to downtown Los Angeles, where availability rates for the year were 25.6 percent, particularly for creative office space in the Arts District.

In fourth-quarter 2018, Honey Science Corporation and Spotify made major moves into the Arts District with 130,000 and 110,000 square feet, respectively. Asking rents in creative buildings in the Arts District are pushing north of $60 a square foot, this is still about 10 percent below the rents for creative office buildings on the Westside.

Downtown demand among banks, law firms and general professional business services have been more circumspect. In the last four quarters, just 15 leases of over 10,000 square feet have been signed by law firms, insurance companies and banks in the area.

Mark Sullivan, a vice chairman and western region lead for Savills Studley, told Commercial Observer these type of companies were taking a “conservative approach to office occupancy,” leading to an overall flattening of the office leasing market downtown, where professional services firm make up approximately 80 percent of the office market.

“Firms are not expanding their square footage and are choosing to either renew and occupy the same amount of space or relocate to a more efficient footprint and take, on average, 10 percent less space,” he said.

Still, some firms decided that they were long overdue for new space. For instance, insurance broker Lockton signed a 70,000-square-foot lease at the 777 Tower in Downtown L.A. Lockton will relocate from the Ernst & Young Plaza where it has spent the last 20 years.

With leasing activity relatively restrained, availability rates have slowly started to push higher. The region’s overall availability rate ended 2018 with a rate of 19.7 percent, up from 18.9 percent a year ago. According to the study, as of year-end 2018, Los Angeles had 2.2 million square feet under construction, with 43 percent preleased, much of it by streaming media services, like Netflix, tech and coworking companies that want to lock in larger blocks of space for current and future needs.