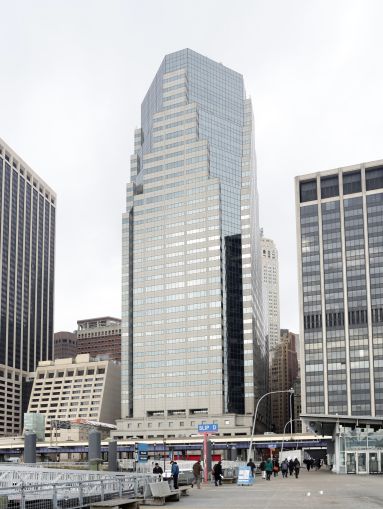 RXR Realty has sealed a $404 million refinance for its trophy office property at 32 Old Slip, Commercial Observer has learned.

The 36-story, 1.2 million-square-foot Class-A building is located on the Manhattan waterfront across from the Pier 11 ferry terminal and features sweeping views of the East River, New York Harbor, and the Downtown Manhattan skyline.

A portion of the proceeds from Mesa West’s loan will be used for tenant installation costs, RXR Realty President Michael Maturo told CO.

“The unmatched views of the East River and unique amenity offerings at 32 Old Slip make the property a very attractive home for the most desirable tenants like Cahill Gordon & Reindel,” Roeschlaub noted.

“32 Old Slip stands out among its peers as the premier office product in the up-and-coming Seaport District, surrounded by hundreds of high-quality restaurants and retailers all within walking distance to the property,” Stolly said of the building’s draw.

RXR purchased 32 Old Slip from Beacon Capital Partners for $675 million in 2015. GE Capital provided a $325 million loan in the deal.

RXR has certainly had a busy week. Only yesterday it closed a $375 million refinance for its Pier 57 project in Hudson River Park, as first reported by CO. Nuveen Real Estate provided the debt for the historic pier, which is being redeveloped into a much-buzzed-about mixed-use property with Google as an anchor tenant.

Officials at Mesa West were not immediately available for comment.