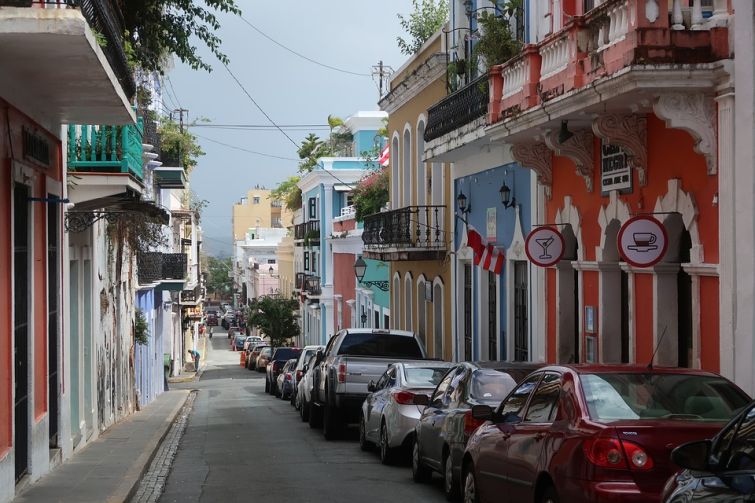 A shot of a street within the neighborhood of Old San Juan. Photo: Google Commons

The floating-rate debt was arranged by a Newmark Knight Frank team led by Dustin Stolly and Jordan Roeschlaub, as well as Nick Scribani and Chris Kramer.

The loan refinanced the nine-story, 240-key branded hotel and retail property at 100 Calle Brumbaugh on the southern tip of Old San Juan, the oldest section of the capital city.

“The exceptional location on the waterfront of the San Juan Bay and proximity to the busiest port in the Caribbean puts the historic hotel in a prime position to capitalize on the significant transient and corporate demand in the market,” Stolly said in a statement.

The hotel sits just a couple of blocks from a San Juan Cruise Port terminal—which services around 1.5 million visitors annually—and it includes 27,500 square feet of retail space occupied by tenants such as Walgreens—its anchor, with 16,000 square feet—Nespresso, Harley Davidson and Mexican-themed chain restaurant Señor Frogs. It also has 9,000 square feet of meeting space, a fitness center and a rooftop pool.

“Given the hotel’s recent capital improvement and long-term retail leases, the sponsors will continue to drive steady cash flow from the asset,” Roeschlaub said in prepared remarks.

Tishman acquired the property in 2015 after operating it for nearly 11 years, according to NKF. The developer owns a retail portfolio encompassing over 35,000 square feet of space in Old San Juan, including in and around the property housing its Sheraton hotel, which used to don the name Wyndham Old San Juan Hotel & Casino before the firm rebranded and redeveloped it into a mixed-use lodging and retail asset, according to information from its website. Puerto Rico’s Hotel Development Corporation, a subsidiary of the Puerto Rico Tourism Company, teamed with Tishman in 2004 to pump $7 million into the property’s repositioning.

With Puerto Rico still reeling from the devastation of Hurricane Maria, which caused nearly $90 billion in damage to the island, nearly all of the colony was designated as an opportunity zone after the Trump Administration’s Tax Cuts and Jobs Act was signed into law in December 2017.

Puerto Rico’s Gov. Ricardo Rosselló has said that he hopes the designation—set to expire after 10 years — which would work to lure investment to the island with the red meat of generous tax breaks, will bring over $600 million in investment to the country.

A representative for Tishman declined to comment. Officials at Banco Popular could not immediately be reached.