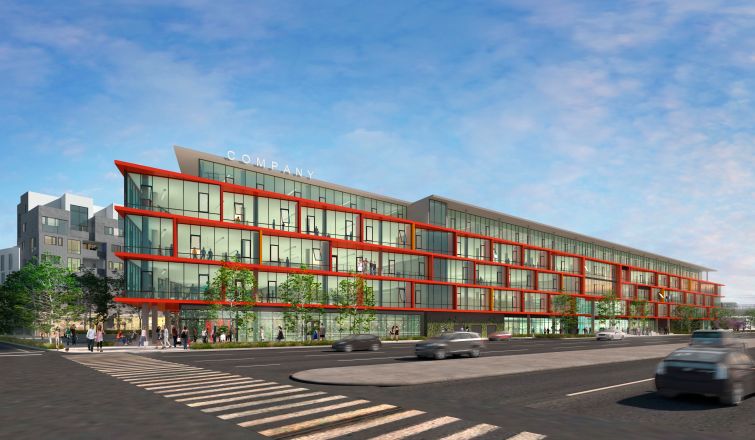 HBO is planning on leaving its longtime corporate headquarters in Santa Monica  for a 240,000-square-foot building under construction in Culver City, The Real Deal first reported this week. The premium cable outlet, part of the WarnerMedia network, has been based in Santa Monica since 2004.

Beginning in early 2021, HBO will become the signature and exclusive tenant at the five-story structure, which is part of Ivy Station, a $350 million mixed-use project being developed by Lowe, AECOM-Canyon Partners and Rockwood Capital. The complex is bounded by Venice, National and Washington Boulevards and is situated adjacent to the Culver City station of the Los Angeles Metro Expo Line. Most of the complex is in Culver City, with a small portion of the project in the City of Los Angeles.

An HBO spokesman confirmed the move to Commercial Observer.

In addition to the five-story office structure designed by Ehrlich Yanai Rhee Chaney Architects, the complex will include 200 apartments, 50,000 square feet of ground-floor retail and restaurant space, a 148-room boutique hotel, two acres of publicly accessible outdoor space and 1,500 below-grade parking spaces, 300 of which will be reserved for transit riders. The complex, which broke ground in 2017, is expected to be completed by 2020.

Jeff Pion and Matthew Hargrove of CBRE represented Ivy Station and HBO in the transaction, respectively. the brokers declined to comment through a spokeswoman.

“HBO is an ideal business anchor for Ivy Station, bringing to the property creative professionals that will enjoy access to public transit, host out of town guests at the hotel, and frequent the shops and restaurants that will populate the ground-floor town-square-style retail space,” Tom Wulf, an executive vice president for Lowe, said in a statement.

Culver City has been a steady draw for major entertainment and media tenants, including Amazon, which moved into Culver Studios in 2017 with plans to take over the entire 75,000-square-feet of creative office space at of the Culver Steps mixed-use development once it is completed and Apple announcing its intention plans to have more than 1,000 employees in Culver City by 2022, per Variety.

A spokeswoman for Rockwood Capital declined to comment, while representatives for Lowe and AECOM did not return requests for comment.